Arkansas went through its seventh practice of the preseason on Friday. The temperature in Fayetteville was 91 degrees when practice began and the heat index was 100.

Here are some notes from the 10-15 minute open period of the workout:

• The Razorbacks began the day with their Fastball Start again. They were in helmets, shoulder pads and shorts today following the first fully padded practice of training camp Thursday.

A look at how the teams shook out 1-3 on both sides of the ball as the day began:

Notes: I wrote yesterday that Arkansas’ three transfer defensive linemen were making solid headway in terms of cracking the 2-deep depth chart. Utsey and Williams got time with the first team. As we were leaving practice, all three made up the Razorbacks’ three-man front.

Coaches must be liking what they’re getting from Bush lately. When the front has been a three-man look the last couple of days, he has bumped up to second team opposite Hudson Clark, who appears to be backing up Brown. Nothing real surprising with the first group.

It was good to see Simeon Blair working with the first team at one of the safety spots. Sam Pittman raved about his play in the spring. He’s a big, strong safety who can help Arkansas, I think.

Ridgeway continues to make things happen at tackle. He broke through the second-team offensive line and forced Malik Hornsby off his spot at least once. In the secondary, Turner got some run as a third-team corner behind Bush. He made several nice plays in 1-on-1s in the red zone earlier in the week and has had a nice camp so far.

Notes: Would not look into Treylon Burks and Trelon Smith not appearing in this segment of practice. As we exited the practice field, both were present and working with the first team. Latham was the No. 1 left guard again, so he might be making a push to claim the starting job. But I’m sure that competition with Jones will go into the final week of camp.

A few of the plays from the offense: Oglesby ran up the middle for ~5 yards; Jefferson hit Warren for what looked to be a first down; Hunt had two runs for minimal gains; Hornsby hit Jackson for ~10 yards along the sideline then threw incomplete. Did not see running back AJ Green today.

We get to talk with tight ends coach Dowell Loggains and two players from the group tonight, so we should get some insight on the bunch, which has had a lot of moving parts through one week. 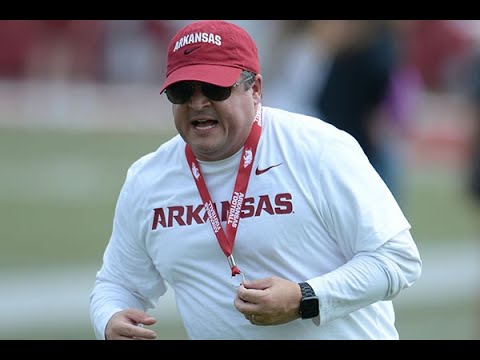 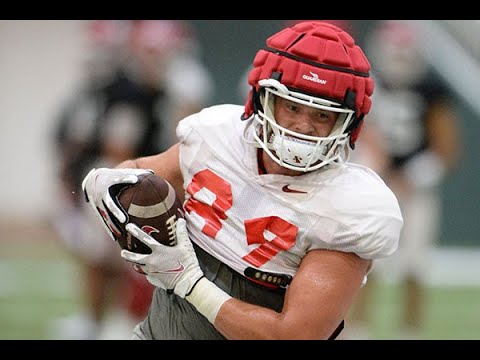 Ridgeway is still playing high,got pushed off the ball very easily(gave almost no resistence)one play and created a huge hole that the RB ran through,The Play your talking about where he got pressure is he came out high again and wedged his way through against 2nd teamers…He will learn that you can’t play high in this league.

Appreciate the insight, truly. Can be hard to see who is making what happen each play while jotting down the numbers of players who are on the field 1-3.

Scottie, you have a tough job reporting on this team with limited exposure. It’s like watching a block of rock being cut from a quarry and describing what the pyramids look like and what their function was designed for.