Here’s a closer look at some of the issues from the lead-guard spot after re-watching the game twice: 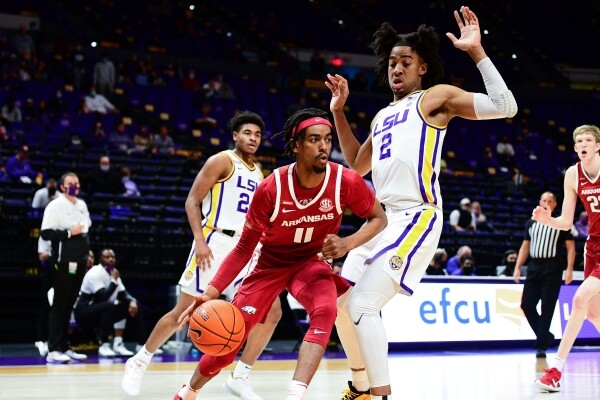 Arkansas’ offense, which entered the LSU game third in the SEC in offensive efficiency, failed to find a rhythm against the Tigers.

Nice article, thank you. Jaylin in his post game seemed to indicate one problem with this team is buying in. He brought that up and I thought that to be very telling. I don’t know how after the Georgia game, but apparently they all forgot (as muss indicated) what it took to win against UGA. Jaylin is highly unselfish and its obvious he is frustrated that others aren’t.

Noticed Williams demeanor also, he wasn’t happy. I think we have a leader in the making there as he gets more playing time.