He confirmed there have been positive cases this week and said the team has “an adequate number of people to play,” based on SEC roster requirements. 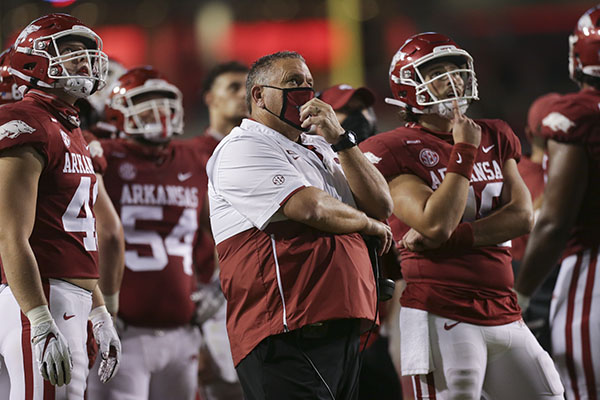 Pittman: Hogs have 'adequate' number of players for LSU game

Does the adequate number mean scholarship players or walkons included in that number?

Scholarship, you have to have 53 available, and certain numbers in position groups.

The SEC gives a team the option not to play the game if it does not have any of the following:

Hypothetical question. If you enter a game with one QB and one center and on the first drive or even the first play both go down with severe injuries, what happens? Has the conference planned for this not completely unlikely eventuality?

Once the game starts, you’re stuck. Pandemic aside, if your four QBs on the roster all got concussions in the first quarter, you still have to finish the game, or forfeit.

Just play the game and see what happens. I have a feeling LSU might win and even win handily now ( rumor is Burks is out) but this season’s been such a success we can’t complain if Covid gets us for a game. The virus is really getting out of hand in a lot of places. I’d rather focus on getting it under control and at least playing, if we can, rather than on wins or losses.

It sounds like we’re going to be really short-handed for this game. I hate that. LSU might not be nearly what it was last year, but we’re not so deep that we can win without a bunch of key players even if we do have an “adequate” number.

Burks isn’t our only WR that can produce. Woods has done really well lately and I still have high hopes the Knox can break out of his shell and be very productive.

Burks isn’t our only WR that can produce. Woods has done really well lately and I still have high hopes the Knox can break out of his shell and be very productive.

True, but he’s without a doubt our best WR if not our best offensive player, period. And with Warren out for the season and Knox MIA, that really leaves us short-handed at WR.

We don’t have a lot of guys that can handle press coverage. Burks and Woods are exceptions. Warren sort of was too. Knox, not so much. Love the John David Whites of the world, but they can’t handle physical SEC corners.

Can Kolian Jackson not do anything?

I think Jackson is out for the yr, isn’t he?

Yes, Koilan Jackson is out for the season. He had knee surgery last month. 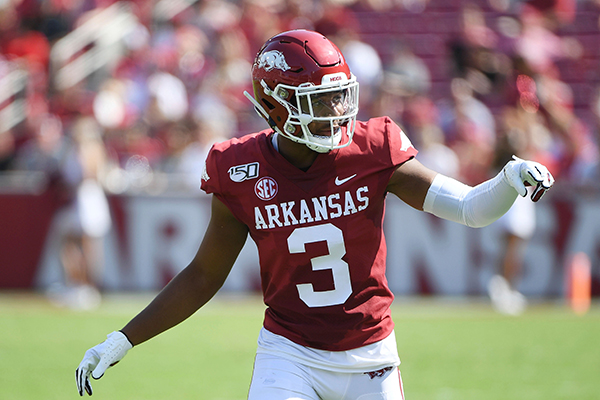 Koilan Jackson out for season after surgery

Well, that sucks. Didn’t mean to impugn the talent of an injured guy.

The same thing you’d do under any circumstance. Find a backup. You chose to play.

Adequate seems like plenty. Not “really short handed”. I guess that’s a pessimist vs optimist.

I’m neither an optimist nor pessimist about this. I just know that “adequate” is a pretty vague term that implies we are missing several key players. Doesn’t mean we can’t win. Doesn’t mean we’ll be missing a dozen or even half a dozen, but it sure sounds like more than 1 or 2. If we are without a bunch of key players, it will be hard to win. That’s all.

There is still another round of testing to pass tomorrow. Because of the incubation period, that last test is the one that is always a little concerning when there have been positives earlier in the week.