Defensive backs Khari Johnson and Myles Slusher, and tight end Blayne Toll were among the biggest movers in Arkansas’ group of true freshmen. On Monday, they were listed in Arkansas’ 2-deep for Week 1. 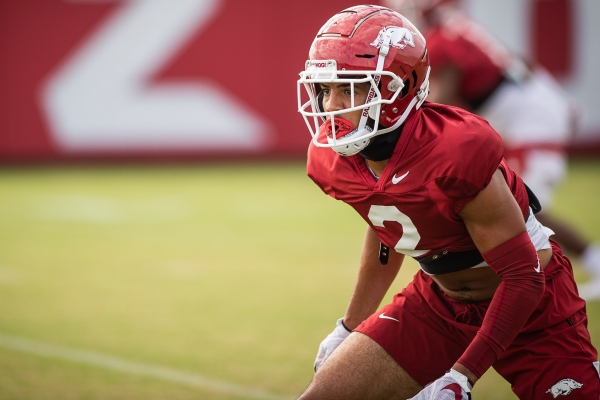 Do you think Toll’s career at Arkansas will be at the TE spot? Or is he just a player that has to be on the field and TE was the spot that got him on the field the quickest.

Since we recruited him as a DE, I’d think after our starters graduate that he’ll at least get a look at DE next spring or fall.

I think it’s great that Toll learns and plays positions on both sides of the ball. Gifted athlete. Just wondering if he has the speed to play LB later on to.