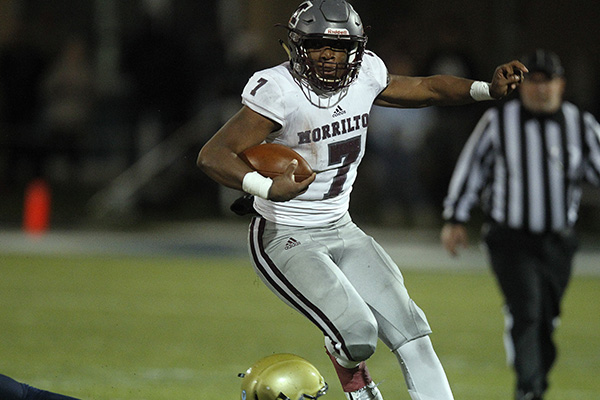 After reading that story I don’t see much hope but there has to be a chance that he would change his mind or he would not have had Arkansas in for a home visit.

If he doesn’t sign early, we may have a chance.

Honest opinion wanted. Who is likely to be the better college QB, Criswell or Morris?

Honestly I have no idea. But I do know that overlooking an Arkansas QB like this young man is not a good look.

From all indications Morris is a great QB and kid.

It’s a shame it all turned out like this. Maybe CSP can flip him.

Sounds like he’s got his mind made up to go to North Carolina, guess we’ll just have to see… Dudley who do you think is the better prospect Criswell or KJ?

As I have stated many times, my philosophy on answering these questions is to not help or hurt Arkansas in recruiting.

Because I was once employed by the UA, I am qualified by the NCAA as a booster.

Early in my career, I would answer these questions by picking one and it would be used against them by other schools.

But I will say this - they were both invited to the Elite 11, they both have great potential.

I have no doubt that both are great QB prospects. I suspect Jacolby’s arm is a little stronger and Chandler’s feet are a little quicker. What is not in doubt, is that Jacolby is considerably bigger.