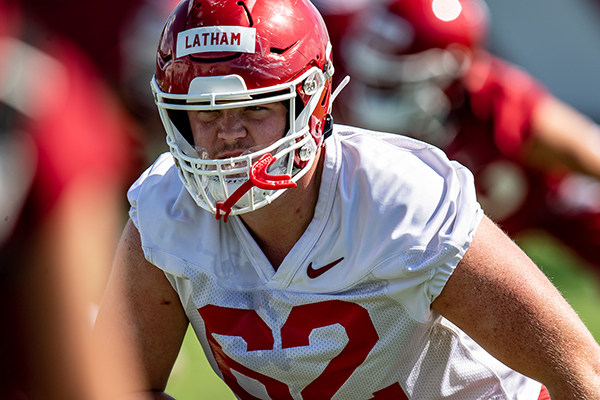 Not long ago, Brady Latham was thought of as perhaps the third option at right tackle, the backup to both Noah Gatlin and Dalton Wagner.

Another big nasty one?

If Chad gets thrown under the gus bus, maybe he could come back to Fayetteville as recruiting coordinator. He’s seems to have left Pitt and Davis with something to work with.

agreed. Chad was clearly not ready to be a head coach, not ready to hire a staff or lead young men. But he did understand the importance of recruiting and did a good job of it. I am in the camp that thinks our players the past 2 years were better than 4-20.

Heard good things about him last yr.i believe the additions of him and Limmer will make this offensive line a lot more physical…

I would agree that CCM can (and did) recruit well. The only problem was that those he recruited were not always what was needed in the SEC. As far as coaching them up … not so much.

“Hurt them until they give you the Win” Razrobacks do that