Everyone knows that the first order of the day for CSP is getting better recruits and SEC caliber athletes. Next would be fundamentals like blocking, tackling, route running, and so fourth. But what about the teams phycology? After two years of 2-10, how does CSP and his staff heal the shattered confidence of this team? I believe a teams phychology is just as important in wins and losses as is the fore mentioned issue above. Saban is a prime example of this. Saban knows that for most of his games, the opposing team, having heard all week that they don’t belong on the same field as the mighty Crimson Tide by Finebaum and almost every college football “expert” at ESPN that the opposing team is phychologically beaten before they walk on the field. You can bet that the CSP and the team will hear this all season about every SEC team they face. It will be interesting to see how CSP and his staff deal with this big issue.

I think first Sam has to convince this team they are HIS players. First thing he told them, “You didn’t choose me, but I chose you.” Gotta help their mental image that they are no good. He knows that. Gotta believe you can win before you can win.

I agree this is a big problem and not easy to overcome - Scott Satterfield at Louisville did an amazing job Inheriting a downtrodden, dispirited bunch and going from to 2 to 8 wins. I wonder if Sam knows him and can pick his brain?

Oh, so Petrino didn’t necessarily leave a devoid-of-talent, wrecked program in his wake? UL had enough talent to beat MSU of the mighty SEC yesterday. Runs counter to the opinions of some on this board about Petrino and how he leaves football programs.

Well they went 2-10 in his last year so something was wrecked.

Maybe they were young?

A lot more than that - they were slaughtered multiple times showing little to no effort.

Agree. But I think you know what I mean. Hire the right guy (Satterfield v. John L. or Kragthorpe) and Bobby doesn’t look nearly so bad a year later.

It always goes back to coaching - agree on that. That said, the way they quit in 2018 reflected poorly on Bobby IMO. Just like Arkansas quitting on Morris did.

Maybe. But I think we can agree that in terms of pure coaching, Bobby’s last season at UL was mostly an aberration (not counting the Falcons). He’s a very good football coach that has won a lot of games. Won a lot of games for Arkansas.

I think he was a good coach - a really good coach and agree the 2-10 year was an historical aberration as compared to the rest of his college career, but I think Bobby the person caught up with Bobby the coach and derailed the latter.

In 2016 Dan Mullen made a poor decision that ended up causing MSU to have a losing season. He hired Peter Sirmon to be the Bulldog DC and it was an unmitigated disaster. It was his first time to call a defense and the MSU defense was historically bad and he was fired.

Mullen targeted Todd Grantham at Louisville and hired him and reports were such that he did not enjoy working for Bobby.

While losing Grantham was not ideal, it was surely a recoverable situation with a good hire.

So who did Bobby hire? Peter Sirmon who’s just been fired for a pathetic performance at MSU and he was just as bad at Louisville and was a large part of their undoing.

I remember at the time thinking this was an insane hire! It’s one thing for Mullen to take a chance on him as a first time DC, but another thing altogether for Petrino to hire a guy that was awful and had just been canned for an historically bad defense at the school he was fired from.

Why did he do it? All I could conclude at the time is that he could not attract a good DC - his reputation as a horse’s ass had caught up with him and his ability to build a good staff was gone.

I think this and his coaching style does not work anymore and as such his days as a P5 coach are over. I don’t recall his name on any short lists this go around. I think he’s done.

PS I almost forgot - after Sirmon stepped down he hired Brian Van Gorder as DC who is just terrible and by this point it was thought his days as a P5 DC were over. Petrino hiring him reinforced by belief that he could not hire good assistants any longer. 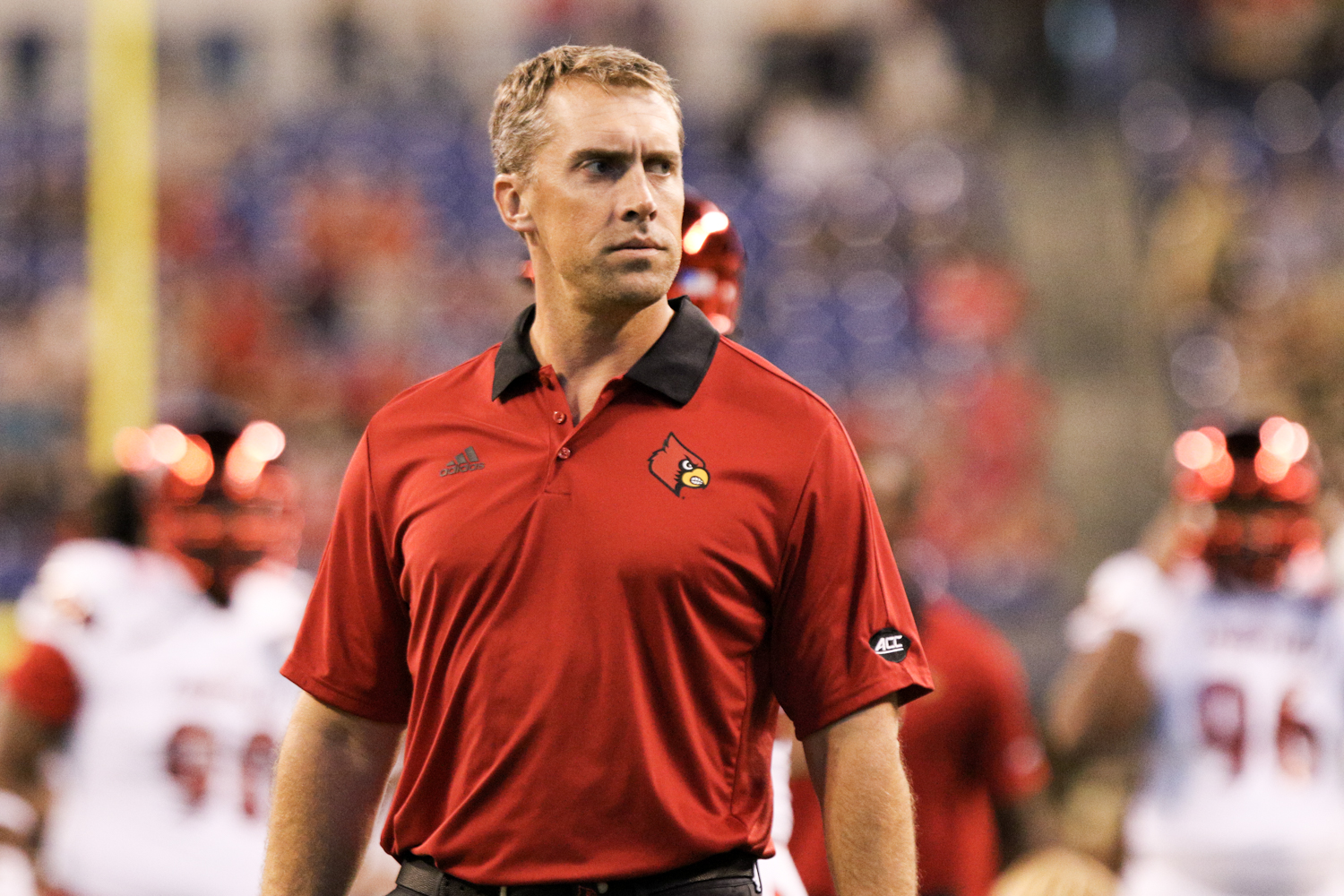 Peter Sirmon Steps Down As Louisville Defensive Coordinator - The Cardinal...

I honestly don’t get all the love and adoration for all the past coaches. Some, like Anderson, that are Arkansas legends etc I can see but not “Bobby”. I mean they’re like an ex-girlfriend, let 'em go, they’re with someone else now and we don’t have kids together so… bye.

CMA has a history at Arkansas that Bobby Petrino will never have the chance to build because of his lack of a “moral compass”! Both men are good coaches.

None of his Louisville players knew where his office was, because they’d never been in there and weren’t welcome there. None of them had his phone number. Think about that. It’s hard to fathom that anyone in that position could be so deliberately aloof from the people that he depended on to bust their butts for him. And eventually they stopped busting.

It’s possible to have been a really good coach, but not be one any more due to changing coach/players relationship dynamics, inability to hire top assistants, etc.

I think Petrino used to be an elite coach, but don’t think he can get a good P5 job anymore.

Yet you hear a good number of his former players at Arkansas think we need someone like him and still respect him.

He needs to be an OC in the NFL where he doesn’t have to hire coaches, recruit, deal with public.

IMO, he will never be a Head Coach at another major college.

IMO, he will never be a Head Coach at another major college.

You sure aren’t hearing his name linked with any openings this time.

Petrino yada yada yada his 15 minutes of fame has come & gone I do believe. Time for a new decade without Petrino and I’m ALL IN! WPS!!!