Barry Odom and Brad Davis have both received $100,000 pay raises in recent weeks. Sam Pittman said earlier this month that Davis had been offered by Texas A&M and that Odom was offered by another SEC program, but did not say which one. 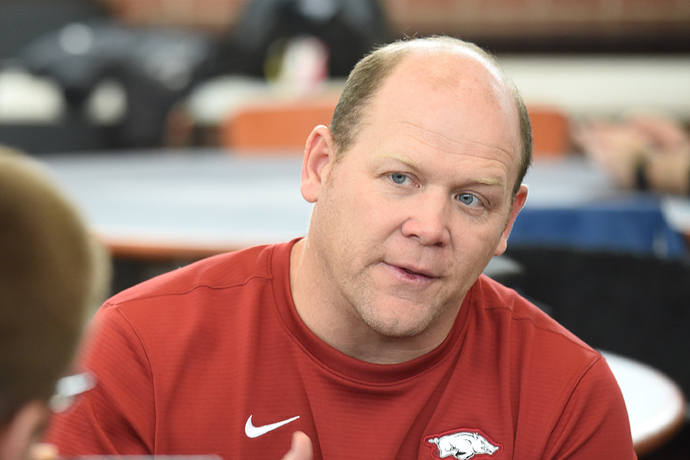 Our athletic director had to sell this. I like just about everything he does, these raises included. We didn’t need to lose either one of these guys. This shows we are willing to do what it takes.

Jimbo Fisher chose a elite recruiter instead of a elite O-Line coach in Feb 19’ The Aggies QB was sacked 34 times last season.

Good job giving raises to these guys, other programs realize their value as we did by making sure they stay with us. WPS

The SEC is a crazy place. Money is thrown around like it is printed every night in someone’s basement. It seems pretty obvious Barry Odom won’t be here very long. We will be fortunate to get a season or two from him. I hope he does a great job, builds this defense into an SEC defense and gets another shot a being a head coach.

I wonder what kind of raises will be thrown around when they actually get to coach players… not opposed to the raises but the timing seems a little weird with what’s going on in the world even with attention from other teams.

In the story it says the raises were finalized before the coronavirus shutdown.

The financials at Missouri just got better…

Non-compete clauses were a Bret Bielema deal. None of the Arkansas assistants have had one since he left, or at least not that I’m aware. I think it might be more difficult to sign an assistant coach if you rope him into a clause like that. Employees want freedom to move to a new job.

The financials at Missouri just got better…

Odom’s salary at Arkansas already exceeded his buyout at Missouri. His isn’t a situation like Chad Morris’ at Auburn, where the employer is paying under market value because another school is supplementing the income.

According to the article, the current staff is making $310K more than CCM was paying his high school coaches. Considering the pedigree and experience of the coaches CSP has hired, we have gotten a bargain.

As this becomes public knowledge to fan’s and prospective recruit’s that Josh Henson boss attempted to hire Arkansas O-Line Coach (behind his back) to replace him, can this tidbit be utilized in Texas living rooms?

Wonder what Chris Morris thoughts are on this subject?

Texas A&M had a tight ends job available and Henson used to be a TEs coach. My guess is that had Texas A&M been successful in hiring Davis, it would have shifted Henson to TEs coach and let Davis coach the line.