It’s been widely known that Paul Skenes, a baseball transfer from Air Force, visited Arkansas and was considering the Hogs as his transfer destination. He has unfortunately announced he will be going to LSU. 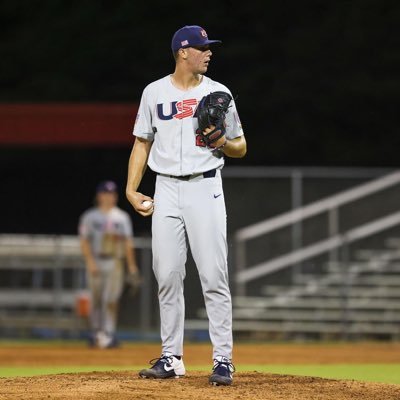 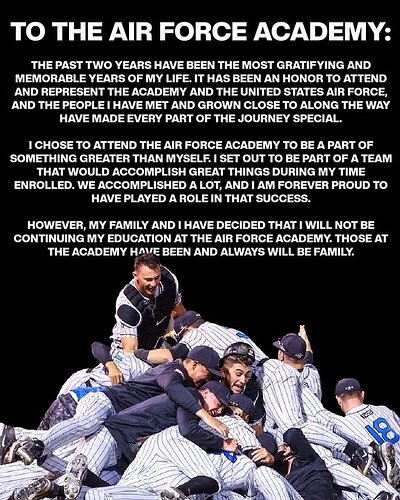 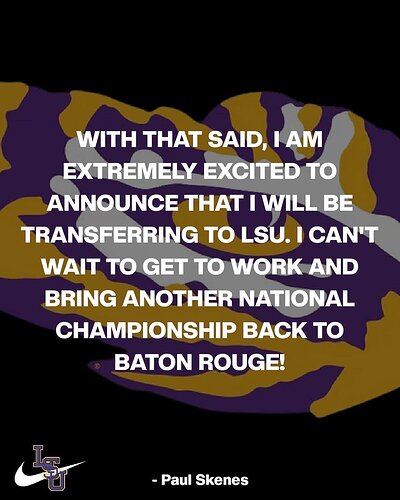 Yeah they basically have went out and bought most of the top Portal prospects in the country!! The team they have next year will be absolutely insane!!! They will have three dominant starters, team loaded with hitters, all this with a coach who just got in the league last year. Has only been to Omaha one time, LSU hasn’t been to Omaha since 2017 so this is exactly the power of NIL. You got your players now coach, better get to coaching them.
We did not have a very good year at all in the transfer portal especially if Bosnic signs. LSU did unbelievable Mississippi State and Ole Miss did very well too. Doesn’t seem to be a lot of NIL floating around for baseball.

Imagine sitting at home on a message board and questioning DVH. I’m sure you could do a better job.

Oh I’m pretty sure he would agree,he sees what the other teams are bringing in. where did I say I could do a better job?? Always trying to stir the pot , got no time for you.

Sorry, Billy. I know how much you wanted Skenes.

Yeah he’s a guy that could have really helped our rotation and possibly could have been our answer at catcher as well.
We can still have a very good team we have a solid pitching foundation,will just have to fill in quite a few pieces on defense and have some guys that have put up huge numbers in JUCO be able to replicate that kind of like webb slavens and battles were able to. I Trust Dave to get us where we need to be.

It’s over, should we even play the schedule? The glass has been half empty for you daman many times before as I recall. I like our chances.

It’s amazing how folks like to put words in my mouth LOL. We missed out on some opportunities that could have really improved our ball club is what I was saying I even said we have a chance to have a very good ball club if you actually took time to read what I said. Rather than assume you already know what I said. You seem to have a great memory please remind me and show me where I gave us no hope for next year???

Without getting into the back and forth,etc., I will say the Skenes kid has been paid every month at the AFA. So now with NIL, he sees a better payday with lsu. WTF? He disappoints me as someone who took a ride on the taxpayer dime, but it wasn’t good enough. He should repay all of us imho by reimbursing air force for his pay. Semper Fi.

I really wanted us to get him. No problem with him leaving the Academy. Lots do after 2 years. He got paid nil to nothing at USAFA. Nonfactor. He gave them their best season ever. He represented the institution with class. The time demands are insane for a student athlete at a military academy. I’m sure Paul Mainieri was in his ear as a former coach there. As a grad I hope he succeeds. Even as a transfer he will always be a fighting falcon.

He would get E5 pay at the academy. There would be deductions for some things, e.g., uniforms and the like. Practically speaking, he cannot pursue pro baseball while finishing at the academy + 5 year service commitment (unless the AF Secretary lets him out of it). He chose baseball.

We did a little better than remembered in the portal because I had forgotten about
inf Josenberger and P Frank’s and if we can keep P Bosnic like it looks like along with OF Wegner that will be a pretty decent group. Still need some Juco guys to step up and be as good as they supposed to be but we’ve had some success with Juco’s.

Cadets/Middies are employees, not student athletes.