Looks like he’s going to take the job there, according to “sources”. I’m imagine this affects Mawein coming too. I’m sure Muss is two steps ahead of the rest of us if he does take it.

I haven’t thought of that, but man that’s a good point.

when’s the last time an assistant BB coach left for a head coaching job? Scott Edgar? Is it possibly that long?

If that’s true, then there’s definitely a correlation between sweet 16’s and good assistant coaches.

Eddie Sutton had a TREMENDOUS string of assistants going to HC elsewhere, but I really can’t think of anyone since???

I heard that Patrick Chambers got the job. Will someone please confirm who got the San Jose St. Head Coaching position. Thanks in advance.

History seems to indicate that Nolan’s system was hard to replicate without Nolan. Mike Anderson has come the closest but none of the other former Nolan assistants has had much success. I think Pitino and others poached ideas from Nolan and adapted them to their systems. It seems to be more about the man’s intensity, force of will, and powerful personality in both recrutiing and getting his players to play hard that made the difference, not just his schemes. He made it work, so far, better than anyone else has at Arkansas, but it was hard to copy elsewhere without him to run it. JMVHO

I agree…except I also do think it was Nolan’s schemes. The thing is though, making Nolan’s schemes work is clearly hard. Requires MORE great teaching than other “you go here until he goes here then you go there” systems. Nolan’s schemes are more like elite soccer…a sport in which there are no time outs, and the free flow of play only occasionally stops. You can put in schemes and philosophies…but the key to their success is teaching your players to recognize situations on their own…what to do when they do recognize said situation…and how to flow into it and out of it.

That is why most of Nolan’s practices involved scrimmages…with him flying up and down the court screaming “there it is! There it is! Trap!”…or whatever.

But y’all are right. Knowing the scheme inside and out is a different animal than being able to successfully teach it, show players how to use it…and READ THE GAME YOURSELF on the fly.
That was Nolan’s gift.

Looks like Patrick is here to stay (for another year at least).

I never saw anything from any site saying Patrick was leaving here except from this board. Did I miss something?

Why would you want more than the “sources”? I had read it on a SJSU board, and Patrick had started following the schools President, football coach, and other basketball staff. It could have been pure coincidence, or one of the parties decided to go a different route. There’s a reason the topic had a ? on the end, wondering if others were hearing anything.

I just asked a question. Don’t get yourself all worked up over a simple question. You suggested he may leave and Mawein might be in jeopardy. You started it not me. 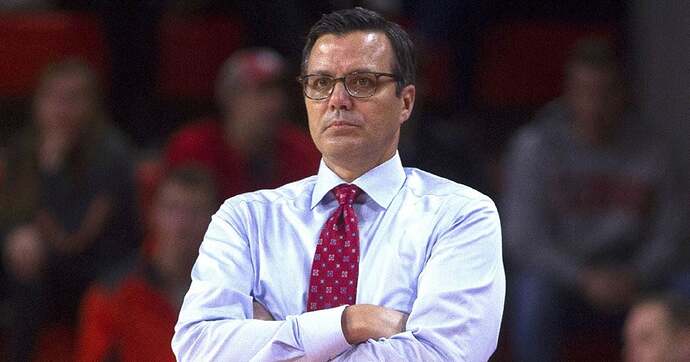 SJSU is reportedly on the verge of a basketball coaching hire.