Past UA coach back

Chris Hurd, who was special teams quality control at Arkansas under Bielema in 2013, is back as a special teams analyst for Fountain.

Only 5 years. It seems a long time ago that Club dub made us a laughing stock, but that was 3 years ago. Don’t know if it’s my memory or CSP’s turnaround that had made it seem like a distant memory.

Curiously wondering why Bielema didn’t persue Chris for the same job with him in Illinois.
Oh well, many factors involved so who knows.

Could be that he didn’t want to work for Bielema again, or thought that he would have better options available in the future.

It’s also clear that you keep adding people to your network. Young players become grad assistants and so there are always new sources of these types. And they may be pulled from a different area that helps in recruiting. These coaches have massive network. And would you make more in the SEC? Probably.

It’s an interesting subject and debate. Maybe the guy DID want to work for Bret and he just liked someone else or his coordinator(s) did.

Don’t know the full story yet but Chris is from Texas so being closer to home might of been a pull especially since he has two young kids. Sure the grandparents like that.

Chris and Nick are good friends. They were on the staff together at Arkansas and FAU and then got the job with the Pats. 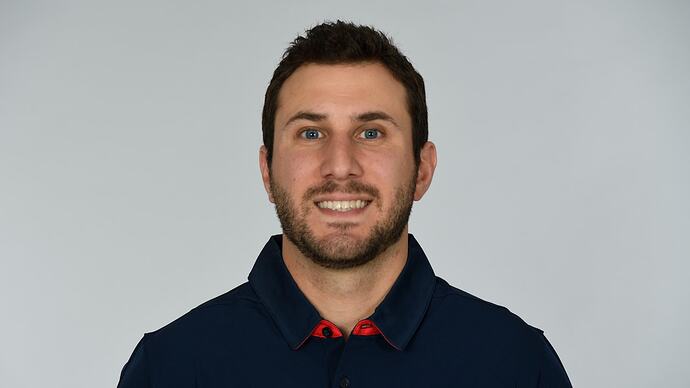 Nick Caley enters his fifth season as tight ends coach in 2021 after two seasons as a coaching assistant. Caley has also coached fullbacks since 2017.