Not 16-team superconferences, necessarily, but perhaps something more subtle. This is from the San Jose Mercury News, so a definite Pac-12 tinge. 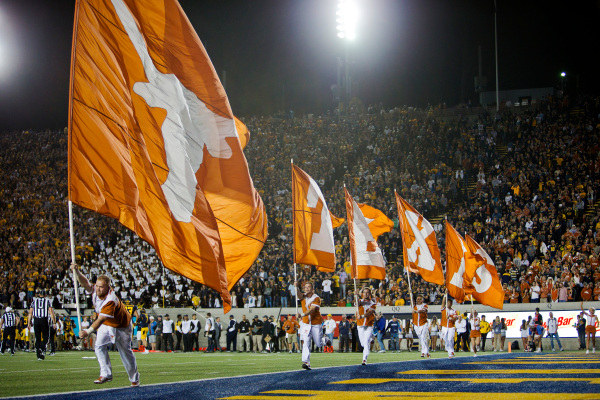 This version of restructuring, in the middle of the coronavirus pandemic, is more subtle than previous editions but could create a southern wall of football, isolating the Big Ten and Pac-12.

It tells me I’ve reached my 3 articles per month limit. That’s interesting because I don’t ever recall reading an article from the Mercury News, but nonetheless, I can’t read it.

That the Big 12, SEC and ACC are now in a de facto alliance which could lead to other things, like a nonconference scheduling arrangement, or a block of nonconference games on future September Saturdays, or a consortium for TV/media rights, or just becoming a voting bloc on NCAA matters.

That Notre Dame might actually bite the bullet and join the ACC full time which would undercut the Big Ten.

Whatever it is, he thinks it’s not good news for the Left Coast 12. And I think he’s right about that.

If that happens it would behoove the Razorbacks to step up their game. It looks like this would call for a couple of Big 12 games every year, or maybe a mix of Big 12 and ACC with one or two outsiders allowed. It would add excitement, as if the SEC West isn’t exciting enough.

as if the SEC West isn’t exciting enough.

I’m thinking we may be headed for a NFL-like scenario where the best teams go 9-3 or 10-2 instead of 12-0, just because people are going to play more (if not all) Power 5 games. Nick Saban has been pushing for that for years. Eight or nine SEC games for us plus an NC against a North Carolina or TCU or both. Remember we split our recent two-year series with the Frogs with each team winning on the road.