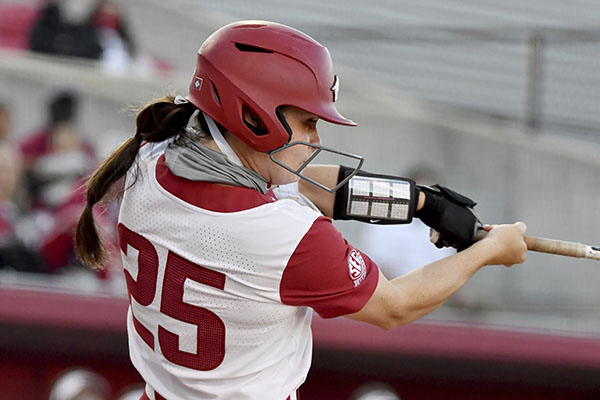 Shortstop Braxton Burnside and pitcher Mary Haff were a potent one-two punch in a season full of firsts for Arkansas softball.

I’m not surprised that Burnside made it with all those dingers but a little surprised at Haff. Although she is tied for fifth in the country with 26 wins. Congrats to both though. That sure won’t hurt Courtney Deifel’s recruiting.

Honestly the surprise for me was Gibson on second team. Having Haff and Gibson back is huge.

Meanwhile, James Madison beat OU in the WCWS on an 8th-inning homer.

Yes sir. It’s tough when you get to this level.

And then JMU beat Okie Lite last night. Okie Lite and Mobilehoma playing in the loser’s bracket today along with Jawja and whoever comes out of that has to beat JMU twice.

I saw enough of Montana Fouts this year but UCLA really saw too much of her.