There was a pretty decent wind out of the south all day; flags on the stadium rim were pretty much starched.

But all 34 points were scored at the south end of the stadium, going against the wind.

luckily I put some screen on before I went in just in case. The breeze helped.

Just got back home about a half hour ago. My wife’s covid fears are super spiked again so coming back home rather than staying was my compromise. It was a blast though. Hearing the hog fans and band from across the field was pretty cool. Took a lot of grief from my PSU friends (old and newly made today) but in the end i/we had the last laugh. Great time.

The scoreboards blocked wind on the field. I was told that in the press box. And it was true when I got to the field. Flags atop the stadium were straight out. The ribbons on goal posts were limp. It’s the nature of that stadium I was told.

The boy and I, all masked up (he borrowed my Hog mask which fits him better than it fits me). Count him in the anthracite fan club. He wishes we still wore it. 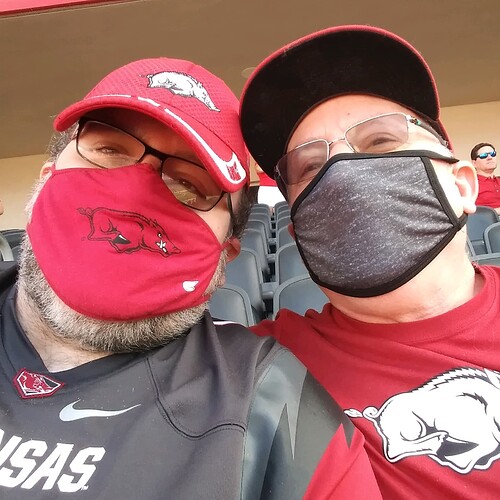 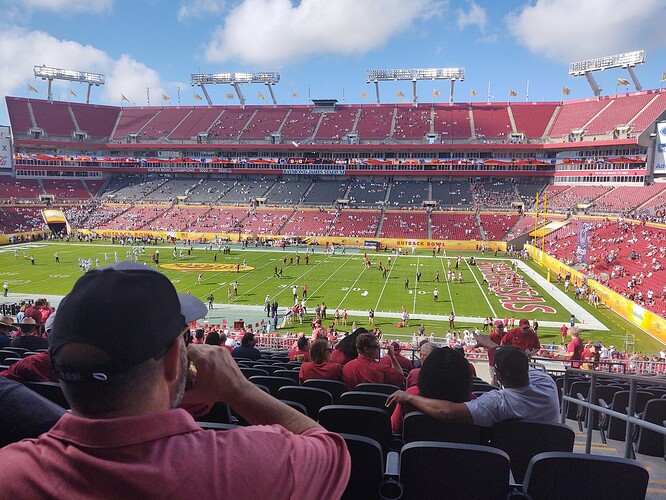 The only thing that was noticeably affected was kickoffs. They landed three yards deep against the wind, out of the end zone with the wind. I think PSU’s fake call may also have been dictated by the wind.

Any estimate of the number of Hog fans who made the trip? They were loud.

Couldn’t see in the upper deck above me (part of our allotment was up there), but our field level seats looked pretty full and the 200 level on our side was at least 75% full. My rough guess is 50% for both schools, with the edge if any going to us. 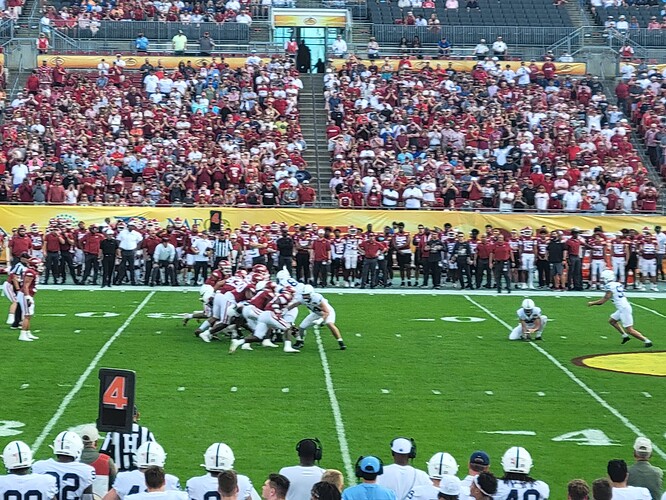 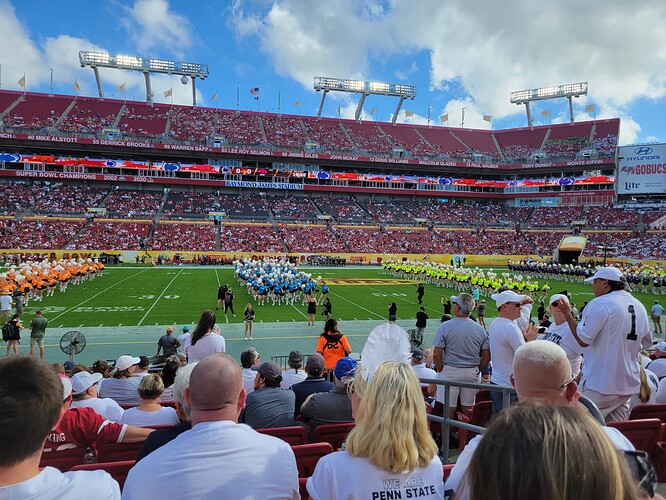 The view from section 109

First one was pregame obviously. Don’t have a zoomed out one of after kickoff. I feel like it filled in some more

We sat in the corner in front of the pirate ship and baked in the sun. I need a razorback bucket hat to protect my ears, which fried. Saw some attractive hog bucket hats but cannot find them online.

I would have guessed more. The lower two bowls looked pretty near full on TV. The upper bowls from the little I saw of them looked to be about half to 60% full. But I didn’t realize the stadium only seats 65k. I figured 80k.

Most NFL stadiums are somewhere in the 65-70K range, expandable to 70 which is the Super Bowl minimum (it was in Tampa last year). JerryWorld is a major exception. Tampa’s capacity is 65,618.