I’m assuming for a minute that the TV guys were right and we could get back on the bubble/in the field with 22 wins, which require beating TAM and two wins in Nashville.

Right now apparently we lose the tiebreaker with Misery for 10th place somehow and would be in the 11 seed in Nashville. That might be to our benefit. Two wins would be beating Vandy in the first game and beating the 6 seed on Thursday. If we’re the 10 seed, two wins are beating the 7 seed Thursday and probably the 2 seed Friday.

It’s a longshot either way. But using this reasoning it might be to our benefit for Misery to come back and beat the Rebnecks tonight.

We can end up 9th, which would put us against KY in the 2nd round. If Missery loses tonight, then beats Bama Sat, and we beat aTM. I’m hoping we beat aTm, and Bama wins. I think the 10 seed would be the best for us.

As I’ve been saying for a month and a half, I still believe we are in with 21 wins. That’s if we win at A&M. That road win and 1 in the tournament will do it. Most all the analysts claim the committee will definitely look at our record with and without Isaiah Joe. If they really do that, I don’t see how they could deny us.

I still don’t have a clear picture of how the committee evaluates the injury to a player. Would they consider every game Joe missed as a win, because Arkansas has lost games when Joe played? Or would they say Arkansas wins half the games he missed or 60% of games he missed?

They kind of hinted in the last two games (and Lunardi has as well), that if Joe had played then AR would be solidly in. Lunardi even said which is the “real” AR? The one with Joe or without. He said the committee would look at that, but still says we need at least three more wins (he originally said 21 gets us in, now it seems 22).

That’s what I mean that, it is unclear what it means when they say committee will look at that. I have never Lunardi explain that either.

As I’ve been saying for a month and a half, I still believe we are in with 21 wins.

I hope you’re right. Winning at TAM won’t be easy anyway, even at full strength.

Bracket Matrix has us as the sixth team out but that was before the LSU game.

Jerry Palm now has us in first four out so within striking distance.

Other bubble teams: Utah State lost to New Mexico Saturday and plays them again tonight in the MW tournament in Vegas. That could be interesting. Purdue plays Rutgers which looks like an NCAA team on Saturday. On Friday, NC State plays Wake which recently beat Duke.

Injuries are generally considered by the committee. That’s been the case for a number of years in a number of situations. Nothing is ever identical. But I’m told that it’s been part of their evaluation for some time.

Still, this team needs to win at Texas A&M to make a case. And, then, you are probably needing no upsets in conference tournaments. Does that ever happen? Probably not.

Big win. Back in the hunt now. I imagine playing Vandy could knock us out if we lose but would do little to help. They are #174 in Pomeroy. I’m guessing at this point in trying to parse the bubble the committee is comparing teams with a finer resolution than number of wins and Q1 wins. That gets you in the conversation. An LSU win was a necessity. We probably need two wins over other SEC bubble and NCAAT teams to be safe. One more might do it, as long as we get by A&M and depending on what happens elsewhere. Lose to A&M, we’ll probably need to win the SECT.

It’s too bad we put ourselves in this situation. That last loss to UGA really hurt. Had we won, I think we’d be safe with a win at TAMU. Now we must win to have a chance. Unless we play UK early, I’m pretty confident we can win 2 games if we fail to get a bye. I don’t know if getting the bye hurts or not. I’d like to think if we get the bye, one win would get us back in.

I’m trying to keep this season in perspective. In Oct I never expected we’d still have a shot at the tourney by March. I admit I thought we were almost certain to get after conf season started until Joe got injured. Regardless, I see a bright future for our basketball program.

IMO, understanding that other games we’re not involved with (involving bubble teams) WILL impact us one way or another, unpredictably at this time:

-Win 'em all - obviously in (automatic). Lose to A&M and that’s our ONLY chance.

I would agree with this had we beat UGA. We got smoked with him in the lineup. We gave up 99 to them.

I think winning TAM is the most important win now. Just think it means more than a tourney win. The only difference i have is I think we need to get to championship now to guarantee a spot plus beat TAM. 2 wins in tourney gives us a chance, if that was your point.

My calculations are 100% gut instinct with no independent analysis at all. To the extent my guess is “educated” its from what Lunardi said about us last week when we still had 5 games to play & he thought’s we’d get in with 21 wins.

Lunardi just posted his update on Twitter. We are the last team in the last four out. He ranks teams. He has us at 76th (USCe is 75th, Miss St is 77th).

It’s hard to fathom how a team ranked in the 70s has a chance to get into the tournament. Of course, he doesn’t have Hogs in now. Lot has to happen to change that.

It’s hard to fathom how a team ranked in the 70s has a chance to get into the tournament.

That’s 68 teams in the tournament, plus the others. Lots of teams will get in that we could have (or did) blow out. Like Tulsa who is leading the AAC. 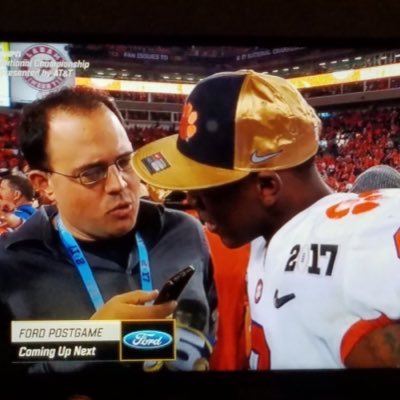