Our coverage from Arkansas 21, Mississippi State 14 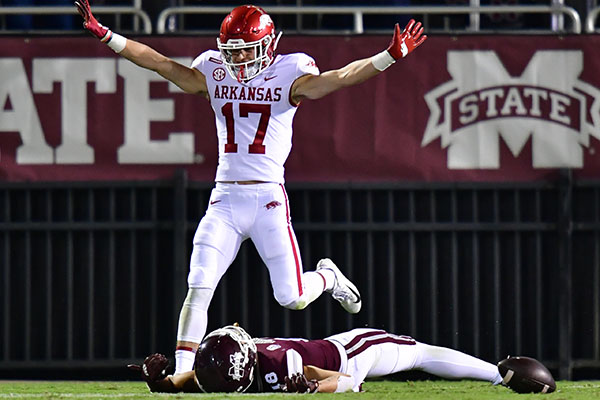 State of the Hogs: Unheralded players shine in upset win

Arkansas didn’t have a full 70-man roster for the trip to Mississippi State. But the Razorbacks had enough to end a 20-game SEC losing streak in the second game for head coach Sam Pittman. 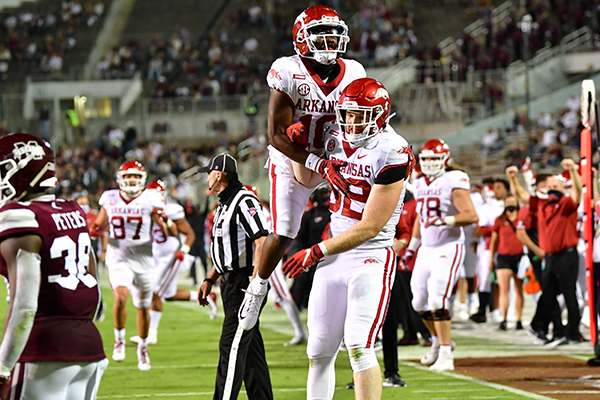 Sam Pittman got a cold bath in his second game with the Arkansas Razorbacks. 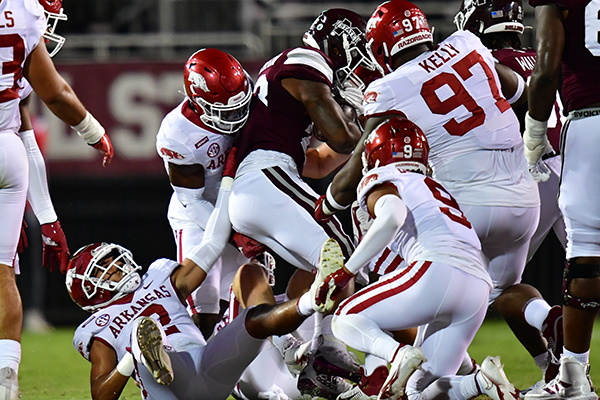 It took two games for first-year Arkansas football coach Sam Pittman to accomplish something his predecessor never could in two seasons. 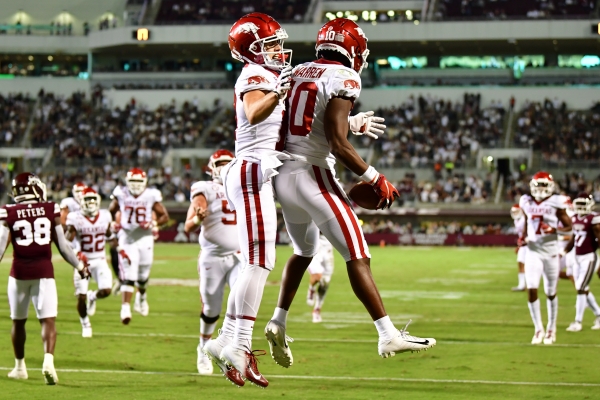 The odds of De'Vion Warren ever forgetting this weekend are slim to none.

Bob Holt on the defensive performance: 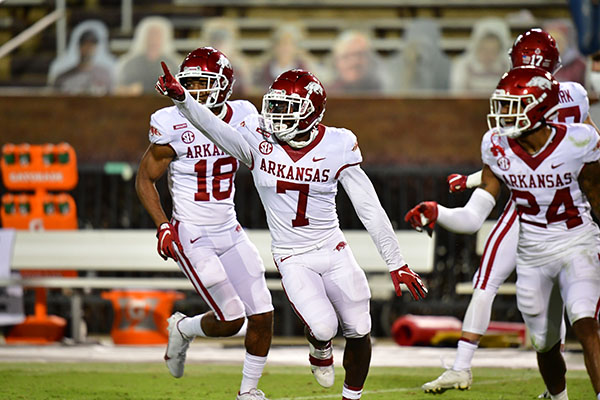 The University of Arkansas defense showed Mississippi State quarterback K.J. Costello that playing in the SEC isn’t as easy as he made it look a week ago.

While Mississippi State football coach Mike Leach gave Arkansas its due Saturday night, it was the clear the man known as "The Pirate" feels like his team left plenty of bounty on the field. 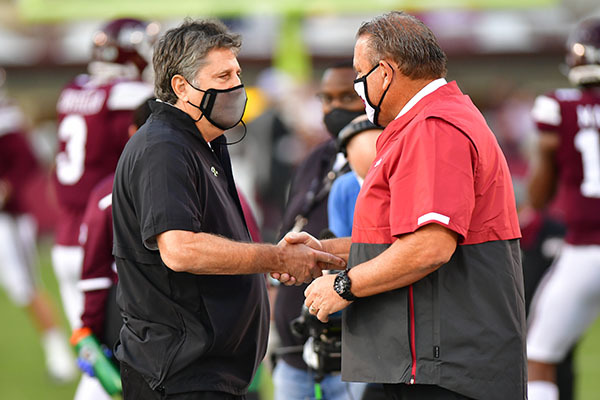 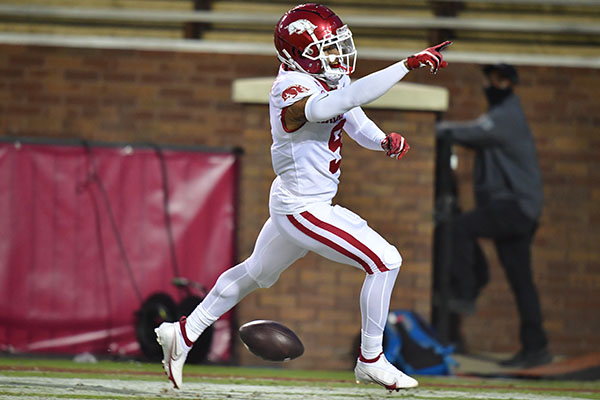 Thanks to Greg Brooks, Arkansas scored on an interception return for the first time in four seasons. 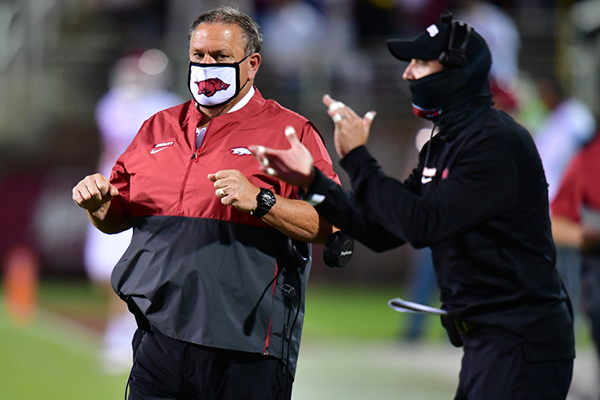 With victory in grasp, Razorbacks delivered

In the fourth quarter, the Arkansas Razorbacks found themselves in unfamiliar territory, especially in the SEC.

Awesome job guys! Yeah they did shoot themselves in the foot quite a bit but also Leach played a hand in this defeat as well on 4th and one you don’t throw an out route on the 5-yard line against 4-5 man defensive front… he just did this a couple times on 4th and short…crazy! But I sure am glad he did