Something to maybe keep an eye on.

One of the top sophomore prospects in Oklahoma plans to visit Arkansas on Saturday and will watch the Razorbacks’ scrimmage.

“I’ve heard from everyone that it’s beautiful,” he said of Fayetteville. “I love the tradition at Arkansas, and I love the SEC, too. So it ought to be fun.”

Draper said he has cousins on his mother’s side who live in Arkansas.

“They’re huge, huge Arkansas fans,” said Draper, who reports running an electronic time of 11.07 seconds in the 100 meters this spring. “They’ve told me all about it.”

Draper, who has started since his freshman season, isn’t likely finished growing and could grow into being a defensive end.

“They said my growth plates are wide open,” Draper said. “There’s no telling how tall I’ll end up.”

I can confirm the cousin loves the Hogs 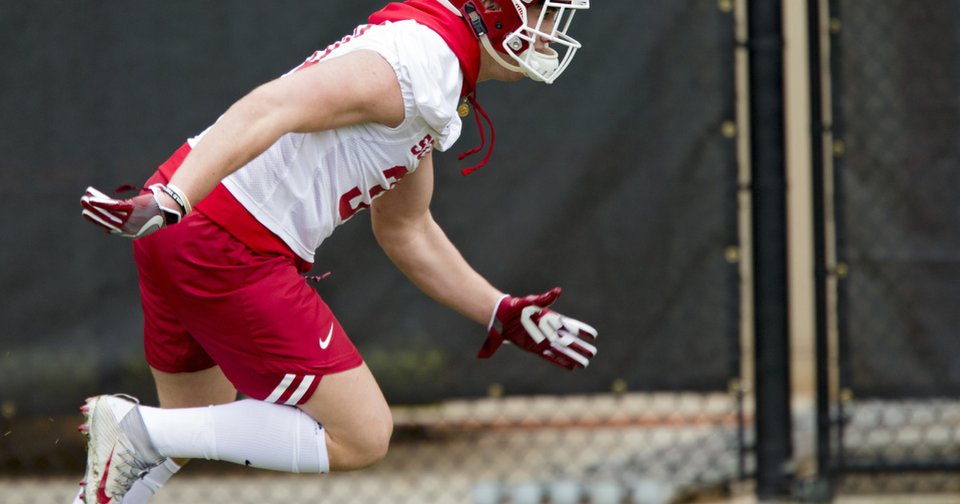 JAN 17, 2020 - OU linebacker Levi Draper will enter the NCAA transfer portal, according to a report.

lots of portal activity in OK

He would be a very nice addition for sure! We need a very experienced linebacker. Would step in and be a factor right away

Collinsville and Owasso are adjacent suburbs of Tulsa. Drive through an intersection with houses and businesses on all four corners and you move from one to the other. The story I was told years ago was that Draper was not allowed to play as a freshman on the Owasso varsity so he transferred, playing all four years at Collinsville. Collinsville is a mid-sized 5A school in OK, graduating over 200 students a year, so it isn’t a small school like it once was.