OU has scored again since this screenshot. It’s a total mismatch.

Whether Missouri State wins or loses tonight in the grand scheme they win big. This year with so many teams canceling football the little teams are getting screwed out of a lot of money they collect from playing these type of games. Missouri State will be one of the fortunate few that still gets a check. As things go in 2020 thats a win any way you want to spin it.

BTW, Chandler Morris is playing and is slinging it around pretty good. Running it too. He’s third string based on tonight’s playing time. He might actually be a D1 quarterback. Might eventually play a lot for OU.

OU must have really shut things down,

In the first half they were really ringing the bell!

In the 2nd half, evidently they came to paint

Bobby gave us the only good football we have seen in 20 years. Don’t ride him too hard.

Agree. We did see some good football under Nutt, though. Maybe a smidge under Bielema. I happen to like Bobby. Should’ve never fired him. But that’s over.

They did shut it down. The new QB Spencer Rattler has 4 TD passes in the first half. He’s a much more refined passer than Hurts. Mayfield-like. Bobby’s team got boat raced. Sooners seem to be playing better defense too.

Post game I heard said there were a bunch of guys on the OU 2 deep roster not at the game. I think they said close to 20 out of 44? Crazy. Nowhere to be seen. Implication was virus infection and a couple of suspensions. Cases exist at OU and its not great. I don’t think the cases are as high as in Fayetteville. But the virus is going to have a big effect on these games. Players sitting out either due to actual cases or quarantine. We saw some of that in Fayetteville last week. These players need to watch what they are doing for sure. 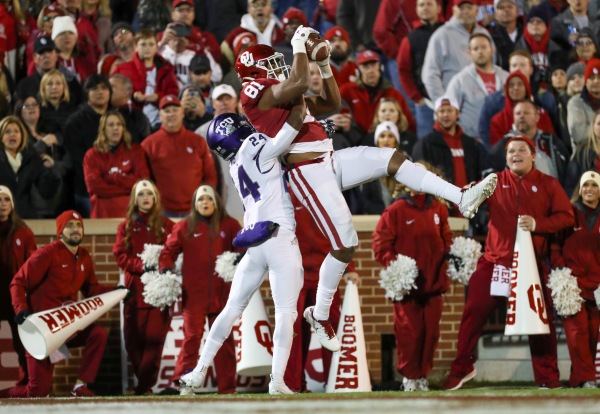 Oklahoma is missing at least 20 players from its roster during the Missouri State game. This is due to suspensions, COVID-19 positive tests or contact tracing. Oklahoma head coach Lincoln Riley sai…