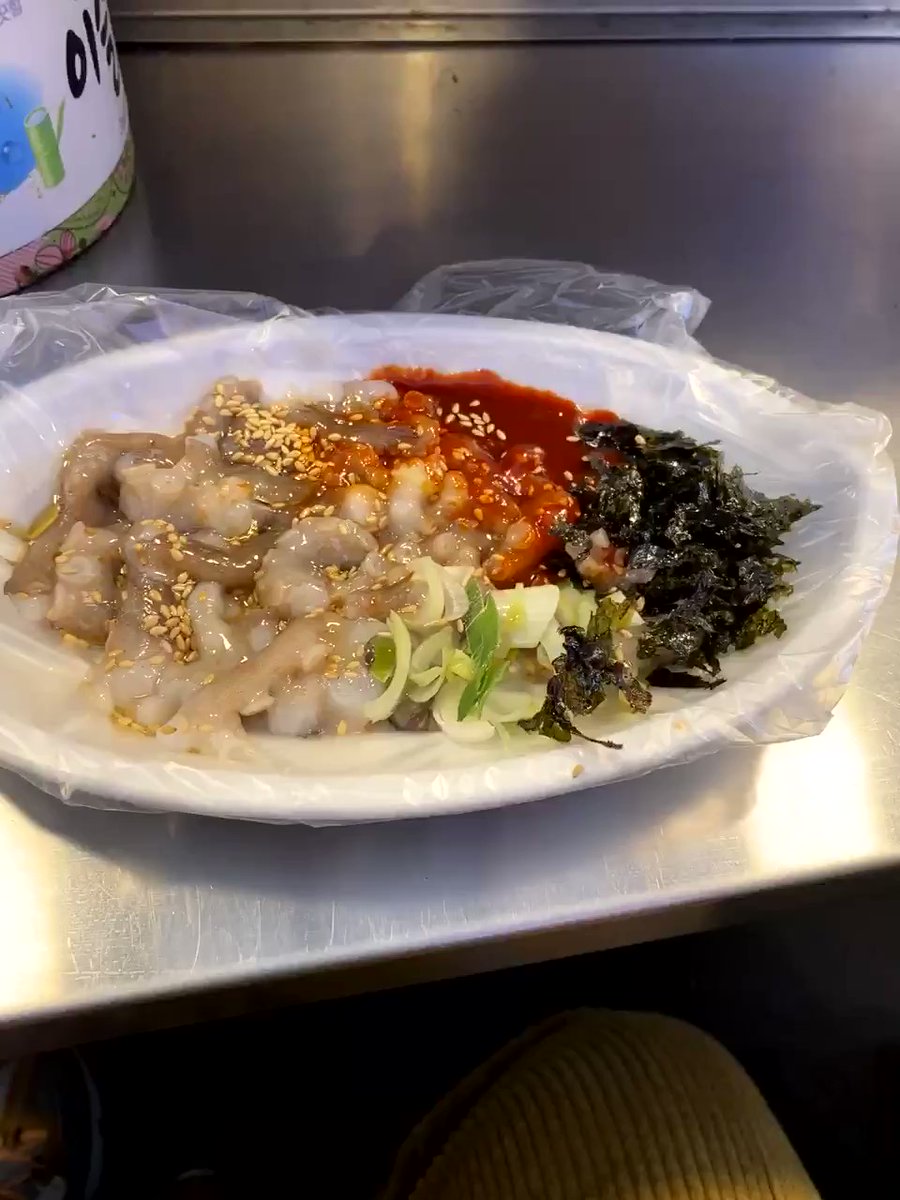 If that’s what I think it is, I’ve eaten it before. I’d eat the whole thing, keep it down long enough to get the money, then let it come back out.

It would crawl back out?

I’m thinking I would take a pass

Yes, it would crawl back out. It crawls down, too

What the heck is it?

It’s either chopped up squid or octopus. It’s still moving because of nerves, it’s slimy yet not satisfying. On the sides are two types of Kimchi. When you’re in the military and arrive in Korea, they take you out to a traditional Korean restaurant and you get to sample most of what they have. That plate there is considered a delicacy.

They also have Bulgogi, and gaegogi plates. While you know what Bulgogi is, gaegogi is dog.

Yep. Had some puppy by mistake in 1978. Young and dumb as they say.

Everyone with me (about 15 soldiers) liked it until they found out what it was.

I have eaten plenty of squid & octopus in my travels, just not in that fashion. I’d give it a shot for 500k. Just practice for a few days choking down cod liver oil first.
Deep pit goat is pretty good. I’m sure I’ve eaten some other animals that tasted pretty good, just didn’t know what it was at the time.

I was lucky enough to have been warned before I went to Korea about those prime dinners! I’m glad I knew. I don’t want any of them! If I was starving I might eat enough to survive but otherwise not a chance.