When we lit out of Fayetteville, they were calling the Hogs 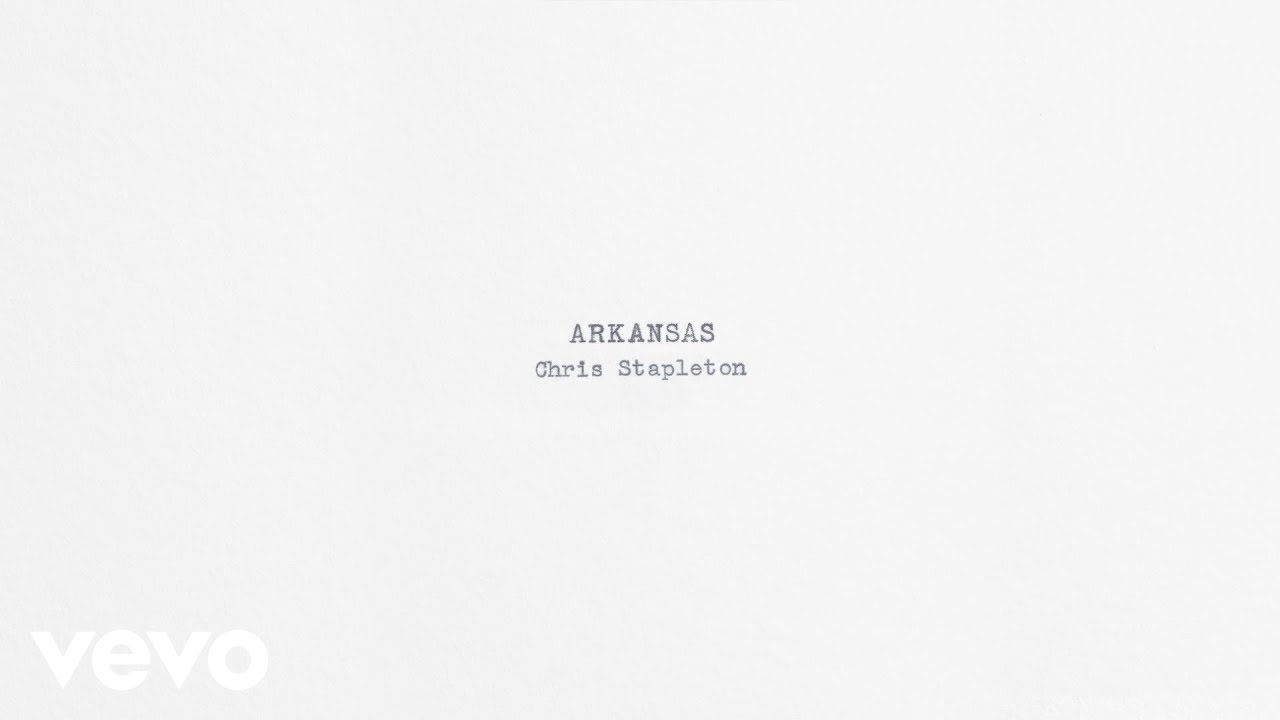 Well, that’s excellent. Chris’s game is already strong and this is right in line. Hype-video fodder for sure.

He was playing this in his live sets before Covid shut touring down. It was going over well even in other SEC states. Helps that it is a Rocker!

Chris nailed this song! He is a great singer/songwriter and performer. Love this.

Love this song! Agree, Stapleton is a classic singer/songwriter!

Yeah, I love Chris Stapleton. He just takes you back to different generations and genres of music. He is to country music what Dillon or Joplin was to rock and blues. His songwriting and musical genius reminds me of Kris Kristofferson.

Man, he rocks it. Got all the elements. Love the White River line.

That’s good, real good. I listen to him a lot along with Jamey Johnson, Whiskey Meyers and the like.

He’s good…real good. Love that guitar. That is rock and rock with a country flavor…a little twang. It had a little Lynard Skynard in there, too.

This song ought to be somewhere in the Jukebox as well…it could be the anthem for this season (and a nice song too…different type altogether than the other one, which was a rocker). 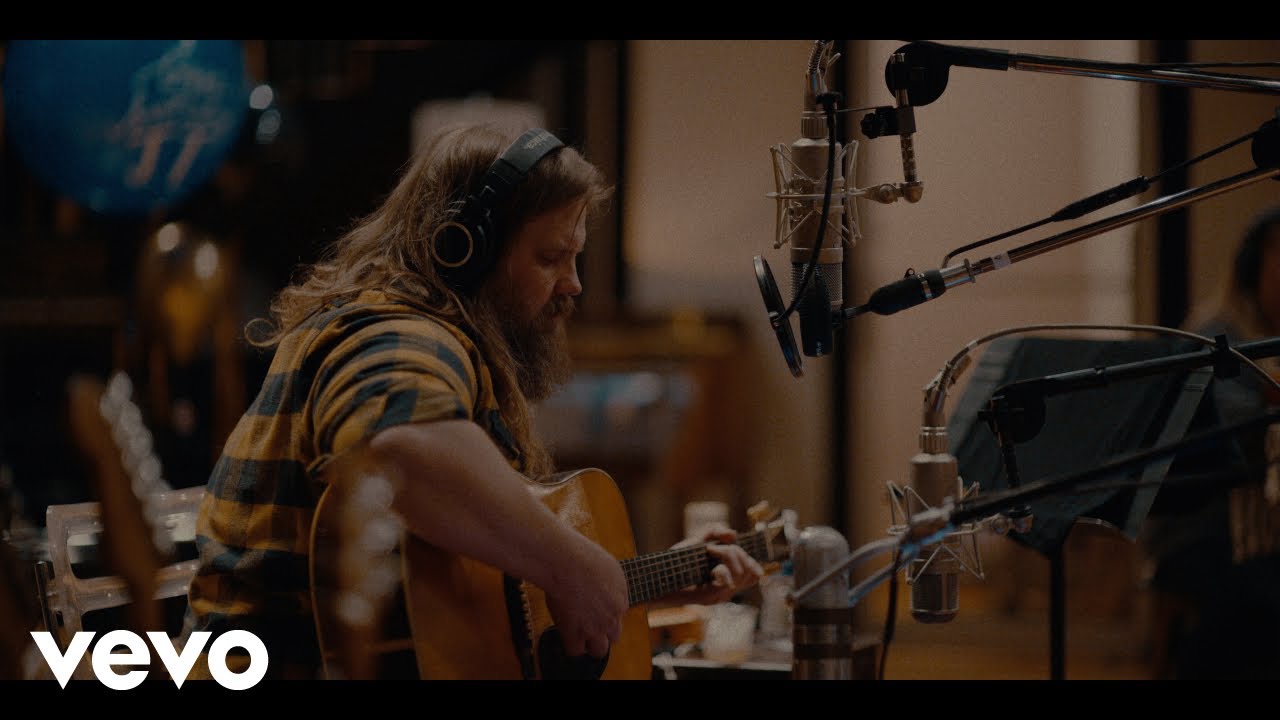 If I recall his story from live concert, his wife bought him a car in OK and he was driving it back to Nashville taking the scenic route through Arkansas. He said he drove it very fast. I love this song!

I went to Wright’s yesterday to pick up some bar b que and that song was playing on the speaker outside for all the people picking up.

Jhawg, that’s exactly the way it’s been relayed to me. The scenic route has to be on 412 to get the up-close-and-personal look at the White River. That’s my story and I’m sticking to it.

By the way, I took advantage of some low water this afternoon on the Norfork and caught about 75 trout in 4 hours. Yeah, I know that’s a lot, but it was non-stop catching and it was wonderful. Midge fishing on low water on the Norfork can be a fish almost every cast. Most of them were in the catch and release area and despite what you might expect, that does not have to be an easy area. It was today.

Clay do you remember the guy who set the record rainbow trout record probably late 60s early 70s. I think it was on the White River around Cotter.I believe he was a guide.

I don’t think the rainbow records are noteworthy. Everyone talks about the brown trout records.

The fish that turned everyone on to trout fishing on the Norfork was caught by Huey Manley in 1988. It was a 38-9 brown trout caught from a dock at McLellan’s. That dock doesn’t exist now. I fished really close to that area today – within 50 yards. And I caught a lot of rainbows, but no browns.

That was the world record for brown trout. It lasted 4 years until Rip Collins caught a 40-4 brown trout on the LIttle Red to set the new world record.

It’s amazing brown trout of that size swim in our Arkansas waters. A 40 lb. German brown is a giant fish.

I’ve hooked a few giants in my time fly fishing over the last 20 years. But I normally fish with such light tackle that I have no shot at landing a true monster. I know that I’ve hooked several in the mid 20-pound range. But if you are fishing with 8-pound test or less, I don’t make the 8-second whistle, much less get close to landing them.

To catch a big one, you have to plan for a big one. I like catching fish too much to fish with heavy test line. I was fishing with 6-pound test today and caught a bunch. That’s the fun in it for me, just catching a bunch.

Every now and then, I put on what I consider a big fish fly and rig up with 15-pound test and don’t get nary a bite. You have to be prepared to go the whole day without a bite to catch a big one.

I’m not into streamer fishing with big rods. That wears my shoulder out in a hurry and I pay for it at night. I have three herniated discs in my neck that can’t stand for throwing the heavy stuff. I hooked a huge fish about 10 years ago in the White on a 12-inch white streamer. It was a huge rush. I saw it dive into a hole and wrap my line around a log and break the line. I wasn’t aware of what to do with a fish like that on heavy tippet. You don’t give the fish an inch. I thought I was going to let the guide chase it down the river with the motor. I got a lecture that I had 25-pound test and I could hold it tight.

The problem with all of this is that you are going to lose a few big ones before you figure it out. I guess I haven’t figured it out as far as fly fishing yet. I don’t catch anything over 10 pounds.

Not trout but my Dad sent me a picture of 27 slab crappie that he and my brother caught on a bayou that runs into the White River south of Ethel, Ar…and that is as detailed as I will get on location! My dad said it reminded him of the “Good Ole Days” when Crappie fishing was always really good in the White River Refuge. He said they probably caught 5 for every one they kept.

I don’t fly fish up there much any more. My biggest on a fly rod was probably a 6 to 7 lb. brown. Right by Stetson’s. I’ve caught a couple of 4s. I hooked a giant on a countdown Rapala one time during high water, drifting in a boat. You’re right, Clay. I was using either 6 or 8 lb test. He wrapped me on a log as we were drifting and broke it off. Heavy, heavy fish. Still think about it.