We had a real scare in our neck of woods today: a real, honest to goodness woods fire.

Someone on the bluff along Highway 5 burned something in their backyard. Not sure what (although it will come out eventually).

The fire came down a wooded ridge burning underbrush towards 10 homes in a 200-acre area. Our home and Becca’s home were in direct path.

Tanker planes dumped retardant fire 4 hours and gave up. A dozer from the forrest service was brought in and cut a path down a power line cut from Highway 5 to the river.

Then a back fire was set 75 yards from Becca’s home with hope that it would burn into the advancing fire. It did.

The Norfork Fire Department was amazing. Of course they did not go into the heart of the wooded ridge. Let it burn towards homes and used the dozer to cut a perimeter.

The wind was not horrible. That gave them confidence the ground fire wound not jump the back fire.

Our home is about 300 yards further East from power line cut. But the fire would have gotten to us, too.

They have pumper trucks that they could have brought into our driveway but not to far side of home, the direction the burn was coming.

The firemen never seemed terribly alarmed but when you see flames, it alarmed me.

Back fires are a great weapon when you know the wind, etc.

I’ve thought the power line cut on the ridge was an eyesore. Not any more. 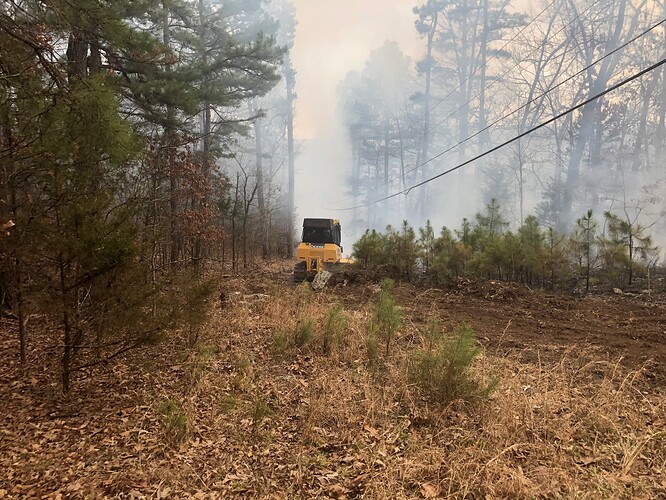 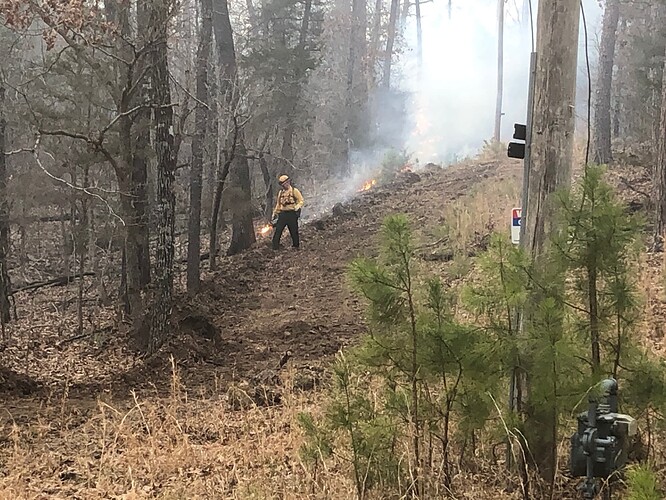 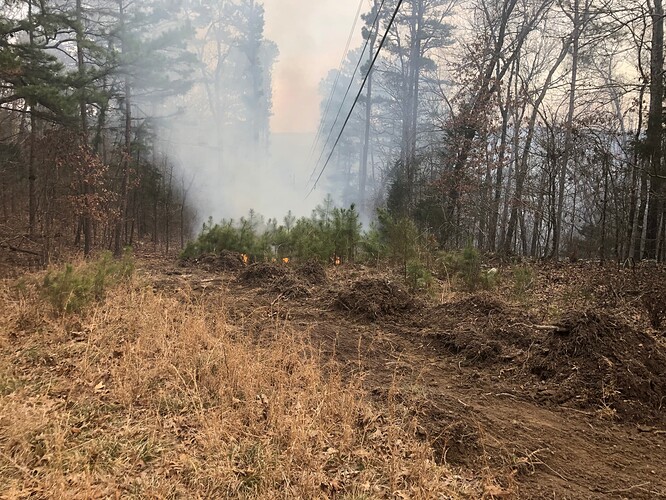 The last photo was the fire coming up the hill. The dozer had been down already once. Then they lit the back fire. Then they went over the black dirt (burn) back fill again. The dirt turned over by dozer was moist.

Yeah Firemen are unbelievable to know how to do all that,Glad everything turned out OK

So glad they got it contained. That’s scary stuff. Whew…

Everyone left our ridge but me. I called 911 and met the fire chief and we walked the power line cut as the fire came at us. He told me what they were going to do and promised it would be ok. He called it exactly right.

The woods are in flames but fire chief says it is going away from us not towards us.

Hard to go to sleep.

Sounds like no homes got torched. Underappreciated is accurate.

The real issues will be in the morning when we are to get 25 mph winds. The hillside is ablaze but moving away from back burn.

There are trees ablaze. No longer a ground burn. The wind will not be blowing AT my house. But there are houses in a 360 degree radius from this ridge.

We need the rains to come. That may be afternoon. I pray that some come early.

Praying with you for rain Clay. That’s very scary. Please keep us updated.

Rain now would be a big help. Scary when fire is that close, praying for a good outcome.

We are ok now. 99 percent of fire burned itself out. One little corner remains. On opposite end from us. Over 100 acres burned. It was mainly under brush. There are a handful of trees lost but they were most likely dead already.

Clay, I am glad everything turned out okay for everyone. Those power line areas do make a nice break.

We had a little scare out at the cabin last spring. It was totally my fault and I know better! We had family out Easter weekend and had a fire on Friday night. The following morning, I emptied the ashes out of the fire pit into a galvanized bucket like I always do. I usually leave them sitting in that and allow it to get rained on. The following day (Sunday), I dumped them about 2 PM in the afternoon. My wife and I sat outside enjoying the day until about 8 PM when we finally went in for dinner. Neither of us ever smelled smoke or anything. While we were in for dinner, this happened in 45 minutes. Thankfully, the wind was burning away from us downslope. I had it 75% out by the time the fire department got to us but I was out of water hose at that point and working with a rake to try to get a fire break going. Another 25 feet of hose and I would have had it extinguished. Krooked Kreek Volunteer Fire Dept. got the rest of it out very quickly with leaf blowers. They were pros!

I always pour water on my ashes now. Again, I knew better and this was a reminder. If you’re rural, pay your fire association dues. We had paid ours. If we hadn’t, this would have run about $500 for them to come out. Uncontained fires are scary and they can get out of control quickly.

We’re going to do a controlled burn on our place when the conditions are right. I have a close friend that worked for the feds doing land management. I’ve seen him in action at another friend’s house and it’s amazing to watch. There will be a lot of preparation before we ever light it. 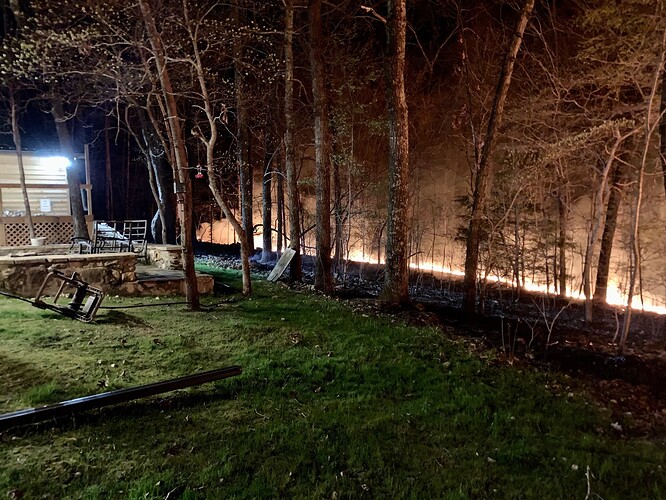 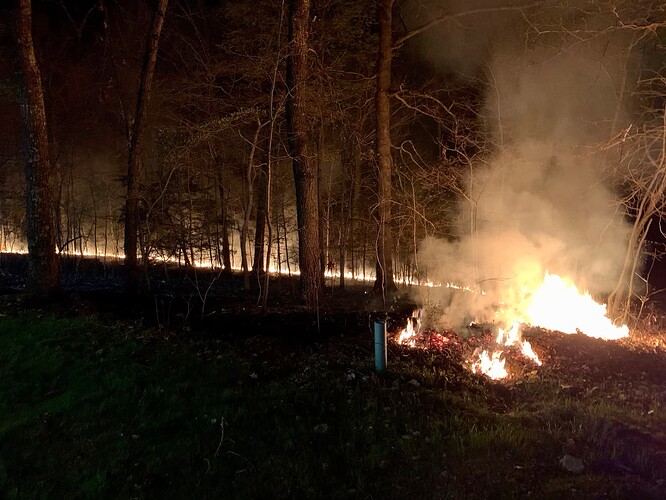 I wish I had taken pics of the hillside about 400 yards from my house - much less for two other homes - at night. It was an orange glow.

That 100 acre area has held deer and turkey. There are only 7 houses on about 400 acres. I suspect turkeys moved far away. Deer relocated about 1 mile probably. I saw them today so that’s good.

The fireman told me they don’t put fires out. They just redirect or contain. And they are volunteer. Amazing dudes.

The fireman told me they don’t put fires out. They just redirect or contain. And they are volunteer. Amazing dudes.

Of course, I’m going to need a small “idea royalty”, when this reaches the big screen/TV.

Seriously, really glad you, your wife, and Becca made it through this unharmed.

Always wondered what I was. I’ve been called other stuff, too.