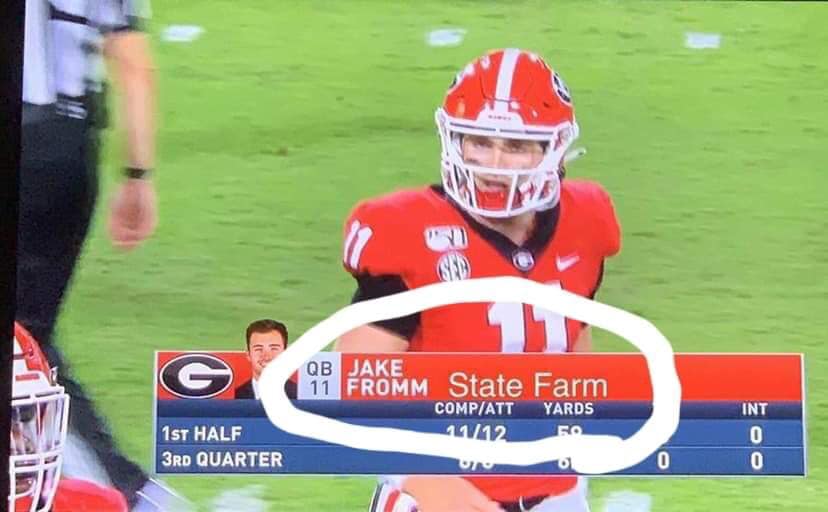 Hope this works, first time I have tried to upload a picture

Had to read a couple of times, but I eventually got it. Very nice catch!

They really ought to put in in khaki colored pants, at least for warm ups, it would be great (he already has the red shirt)

Guess I missed something.

The State Farm commercial where a dude’s wife catches him on the phone late at night and he says he is talking to Jake From State Farm.

Guess I missed something.

There is a well know State Farm commercial where the wife catches her husband on the phone. She thinks he has called a sex service. She demands who he is talking to. He says, “Jake from State Farm.” In the picture above is says “Jake Fromm” and then “State Farm.” I just thought it was funny.

That totally went over my head.