when does the Pepsi contract run out?saw it mentioned in another post and wondered when it was up for renewal 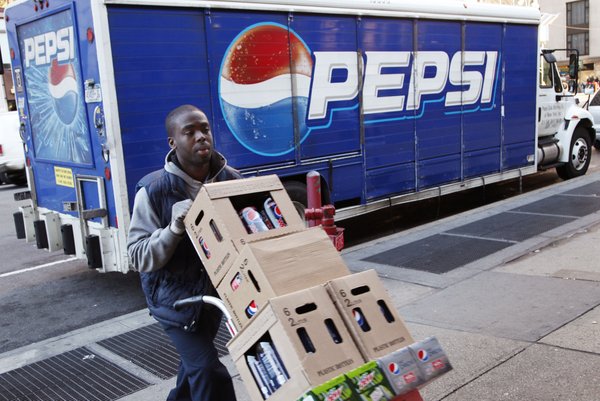 The University of Arkansas said Thursday it is nearing completion of a contract naming Pepsi as its exclusive non-alcoholic cold beverage sponsor and provider.

If it’s like our shoe contract, which keeps going back and forth, apparently nobody wants to pay enough to renew an agreement. I will not be surprised if we go back to Adidas or even Under Armour when the Nike deal ends. Then again I’m surprised our BOT didn’t ditch Nike because of Colin Kaepernick.

I’m okay with the Pepsi deal because I’m a Mountain Dew drinker, which is infinitely superior to Mello Yello. But I understand others regard Pepsi as the Yankee drink, even though it was invented in New Bern, North Carolina.

I have never heard pepsi called a northern drink in my life, until this post.

I have heard pepsi called a crappy drink. a lot. there’s a reason why “rum and pepsi” is not a drink. it’s an abomination.

while I agree about Mt Dew, i can’t wait till we are a coke stadium again.

In the 70’s I was a manager of a Supermarket in Pine Bluff. You could not give away Pepsi. Literally. Coke owned the city.

Holden Sid it correctly, it’s an abomination…anything with Pepsi in it.

I think it is sad that you cannot go to a concession stand and get what you want.
Money of course is the root of all evil and collegiate sports is just another business.

Really? I remember people who liked or asked for Pepsi always being called damned Yankees. My grandma always called it “that Yankee Pepsi”.

I have truly never heard any geographical description of pepsi, until this thread. But your grandma just made me chuckle

I think it is sad that you cannot go to a concession stand and get what you want.

They can’t carry everything. For example, over here Cheerwine, which is a cherry soda, is a big deal. But you can’t get it at any concession stands. Same with stuff I used to drink in Arkansas like Grapette and RC Cola. There’s a rule that the only thing you can drink with a Moon Pie is an RC, I think.

Speaking of which, when I was a kid I drank a lot of Sun Drop, which is very similar to Mountain Dew. Then I didn’t see it for about 40 years, until I got to North Carolina. There’s a 2-liter bottle of Sun Drop in my fridge right now. Can’t get that at concession stands either.

My son lives in NC and it is surely different than Georgia. .

They’re northern southerners! Kind of like most think anyone in Arkansas north of I-40 to US 167 is a northerner, not correct, but they think that

Where does the Mason Dixon Line come into play?

The Mason–Dixon line, also called the Mason and Dixon line or Mason's and Dixon's line, is a demarcation line separating four U.S. states, forming part of the borders of Pennsylvania, Maryland, Delaware, and West Virginia (part of Virginia until 1863). It was surveyed between 1763 and 1767 by Charles Mason and Jeremiah Dixon in the resolution of a border dispute involving Maryland, Pennsylvania, and Delaware in Colonial America. The dispute had its origins almost a century earlier in the somew...

I think the drink contract is school wide, not just athletics.

It is, although I know you could buy a Coke in the Union at the gift shop, years ago. I remember being in their for one of my kids Honor College poster contests awhile back and getting one.

Swine and LD, you bring back wonderful memories of walking to the corner grocery store and getting a cold RC on a hot summer day in Pine Bluff. I think PB had a Coca Cola bottling plant as well back then…