OT: David McCullough, one of my favorite authors

… has died at age 89. Some of my favorites: The Johnstown Flood, Truman, John Adams, Mornings on Horseback (the early life of T. Roosevelt), The Great Bridge, The Path Between the Seas, etc. His books always focused on the people involved. He managed to learn things that others didn’t. I saw a part of an interview with him. He had interviewed a Secret Service man. At the end, he thanked the man and wondered how many times the agent had told his stories. The agent said that he had never been interviewed before. 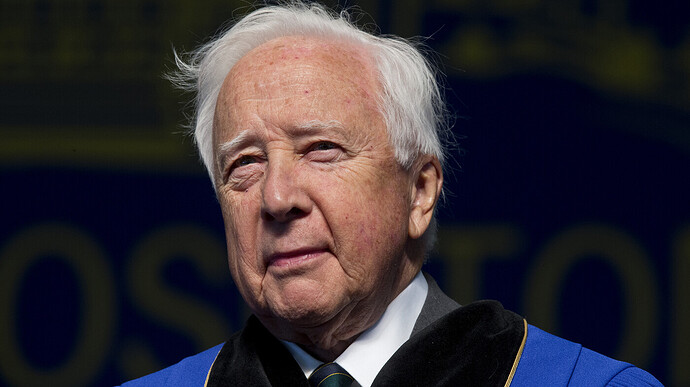 He wrote acclaimed books about Harry Truman and John Adams, along with the Brooklyn Bridge and the Panama Canal. He also was the authoritative voice narrating TV films such as The Civil War in 1990.

What a gigantic imprint David McCullough made in American Letters. He made history come alive- “Painted pictures with words.” We have lost a great voice.

I loved his writing & his voice. He narrated several Ken Burns’s films. He was great.