Oscar getting around NIL restrictions

Because he is attending Kentucky on a student visa, he cannot have a job in the US under the terms of that visa, and that severely limits his NIL opportunities (he can’t shoot a commercial or make appearances, for instance). So he’s taking advantage of UK’s current trip to the Bahamas to make some NIL money while he’s there. To be exact, he’ll make about $500K this week. 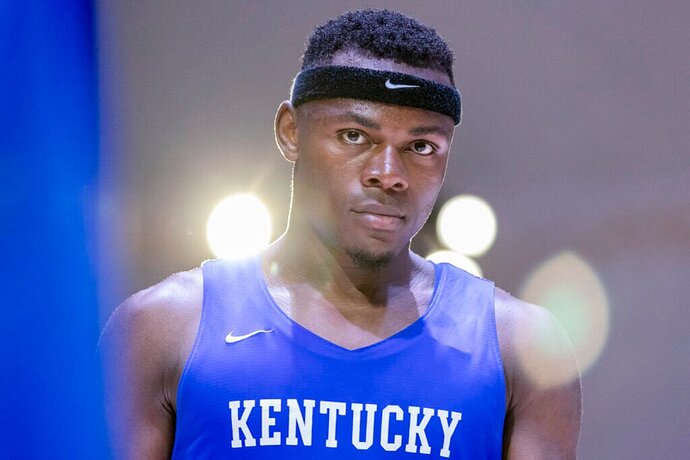 Kentucky's Oscar Tshiebwe gets down to NIL business in the Bahamas

Unable to fully cash in back in the U.S., the Wildcats' star is hoping to make $500,000 in endorsements during UK's foreign tour.

They’re trying to get his visa changed from a student visa to the same one international entertainers get, which would allow him to do appearances and so on.

Good for Oscar. I’m always impressed by his demeanor on the court and from all accounts he is a terrific young man. And a great player. I can dislike the Jellycats but like one of their players…

Actually, no. They have to comply with the visa laws that Oscar can’t have a job or the feds can revoke his visa and deport him. Which would seriously crimp the UK roster. And they can’t pull strings in Birmingham to get around that.

They have to comply with the visa laws that Oscar can’t have a job or the feds can revoke his visa and deport him.

We may have to do something similar next season if we get Baye Fall. (If he’s on a student visa?). We play in the Bahamas next season.

Fall came to the US at age 15 to live with relatives in Denver, so he may not be on a student visa.