Oregon State got a bizarre win

A not-so-funny thing happened to PAC-12’s playoff championship bid by Oregon. Oregon State did not cooperate.

But the Beavers had to overcome a poor replay look in their great comeback.

It was pretty clear the OSU quarterback scored but there was no good replay look (and does that sound familiar?). The QB was hurt on next play. So the backup snuck it in. Improbable comeback completed.

Watch the replay on the QB Injury. One of the Oregon players grabbed the QBs leg from behind and pulled it away from the goal like a tug of war, wrenched it until something gave, it was gruesome, hopefully the qb is ok, but that was dirty dirty. imho, Oregon deserved to lose after that.

Dang, I gave up on the game before it was over. I was rooting for State. Hope the QB is okay.

found this on this, this morning. 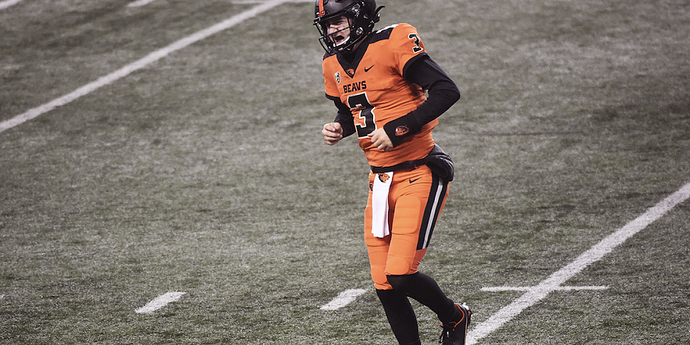 IMO pac 12 needs to penalize the kid. worse than any targeting. targeting is split second. this was a slow decision by comparison by this kid to hurt the QB

At least the refs/replay officials got a targeting call correctly reversed in that game. It was a very similar play as Catalons against LSU that got him ejected.