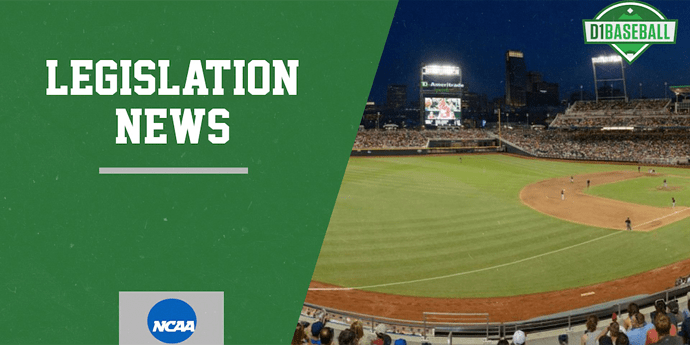 Get Ready, Coaches: The One-Time Transfer Waiver Is Coming • D1Baseball

The Division I Council on Wednesday is expected to submit a long-awaited proposal for a universal one-time transfer exception. College baseball coaches should be prepared.

They can vote, they can join the military and give their lives, but they can’t change schools without sitting out a year?

The historical attitude of schools toward their athletes is mind boggling. This is one small step toward correcting that.

Sorry Swine I disagree with that. Collegiate athletics has gotten out of hand. It is now big business, not a sporting event.

You gotta be kidding me. Letting kids transfer makes it less of a sporting event? Your attachment to the status quo is equally mind boggling. There is very little about the status quo in college athletics worth preserving, or defending.

I suspect our ages is our main difference in outlook. I started following collegiate football when Army had like a three year undefeated run and Navy was a very good team.
There were four big bowl games annually and no concept of a National Champ.
I contend money changed things, not attitudes of the schools or fans for that matter, but strictly big money interests.

I feel TV was the largest change and the bigget influence on amateur sports. But none of my grandkids agreee with me.

I’ll be 60 before Halloween. I’m not exactly a spring chicken. But I have an acute sense of when people are getting screwed (in part from personal experience) and college athletes are getting screwed. Forty years ago when TV wasn’t paying billions to carry every game, it was one thing. But now there are all those billion$ and the athletes are essentially getting the same thing they got when I was a kid, and governed by the same archaic rules.

You’re absolutely correct about the influence of TV but way off base about what to do about it. As my old boss said, you can’t put toothpaste back in the tube. TV has squeezed out that toothpaste and it’s not going back to what it was. So the question is where do we go from here.

Other things that constitute a shafting: Coaches can leave at the drop of a hat, players have to sit out a year if they move (which this proposal addresses). Arkansas still gets the short end of the officiating stick regularly, as we were reminded on Saturday. Texass still insists on calling the shots in its conference. And so on.

But preventing kids from transferring does nothing to reinstate your good old days. It just reminds athletes that the schools regard them as property.

Cannot disagree. I wish, but know better, the college Presidents would get together and dictate changes but they are out of the picture I fear.

College presidents are the ones who make the NCAA rules. Now whether they have the backbone to get rid of the big money brought in by the current system is something else.