…that it’s apparently been under discussion for several months now and very intentionally been kept a secret from A&M that entire time.

Prominent Big 12 source tells the American-Statesman the Texas-OU move to the SEC is almost done. "They've been working on this for a minimum of 6 months, and the A&M leadership was left out of discussions and wasn't told about it." Move could become official in a week.
2 Likes
SwineFusion July 23, 2021, 4:30pm #2

A&M is my most hated SEC foe now, and will continue to be after Texas and OU join.

So, did all the other SEC schools know about this except A&M? Just seems like that would have been a hard secret to keep if so.

Obviously, the Aggies found out at some point since it’s been speculated that they leaked it this week. I’d be curious to know how they found out. Maybe from Longhorn people? From another SEC member?

An SEC source in another story said that was not correct.

I heard that these kind of discussions that have been going on for a couple of years. Wouldn’t be one bit surprised if that’s true.

An SEC source in another story said that was not correct.

What are they supposed to say…publicly? “Yes…we’ve been scheming behind the back of one of our members for months”???

I’d guess they may have known there was some sentiment toward additions, but NOT aware that talks were as advanced as they apparently have been.

Just typical Texas slippery maneuvering with Okla tagging along like a puppy on a leash.

So the Big XII guy was telling the truth but the guy with the SEC connections was lying?

So the Big XII guy was telling the truth but the guy with the SEC connections was lying?

I don’t know, and neither do you. And I hear other sources now back-tracking on whether the Aggies were or were not involved in the talks.

But - yes - it’s totally plausible that one of the sources (from the Big 12) might be telling the truth while the SEC source was “spinning”. Why do you think it’s NOT plausible?

And ultimately, it doesn’t matter. The proposal will get the votes to pass…or it won’t.

But deep down inside, my gut tells me that A&M didn’t have ALL of the information shared with it in real time, because SEC Powers that be knew what their reaction would be and were afraid their attempts to derail it would be more damaging in early stages than they might be at this point, where it almost seems a fait accompli.

I think Texass doesn’t have the clout that OU has right now. OU maybe leading the charge

I think either is possible, but you seemed willing to believe the guy in Austin who was listening to his Big XII guys over the guy with the SEC source.

Personally I find it implausible that the SEC would leave the Aggies in the dark, that has never been how the conference has operated internally. When everyone rides the gravy train, there’s no reason to go behind anyone’s back. Also keep in mind Texas and OU reached out to the SEC per all the reports, which makes it even less likely that the commissioner would cut the Aggies out of the loop. Even if Sankey and other had been tempted to cut the Aggies out, the chances of the Aggies finding out and the damage to the conference internally caused by other members seeing someone cut out of the loop on something this important would just be too much to risk.

Now, did the Aggies leak when they realized they were going to lose on an expansion vote? Maybe. Of course a statement about fighting expansion also plays well to the portion of their fans who don’t want Texas in the SEC, regardless of how much the Aggie brass really hates the idea. Remember that statement was made after the initial story leaked from UT and OU people.

On the other hand, the Big XII internally has consistently been much more of a “me first” conference (especially for OU and Texas) where you tell who you want and leak what you want to drive your own agenda. It would certainly play well to a lot of tea-sippers egos to think the SEC loved Texas so much that they cut the Aggies out of the loop. The UT brass needs to stroke those egos to push aside the roadblocks from Big XII left behinds and to help their own fans forget that UT is courting the SEC, not vise versa.

I like how the story was leaked on aTm’s turn at media days. Coincidence ?

As I said, I don’t know for sure and neither does anyone posting here.

But Kirk Bohls, who is a very credible source (ask Clay and Dudley), especially where UT is involved, is sticking by his guns and citing multiple sources. 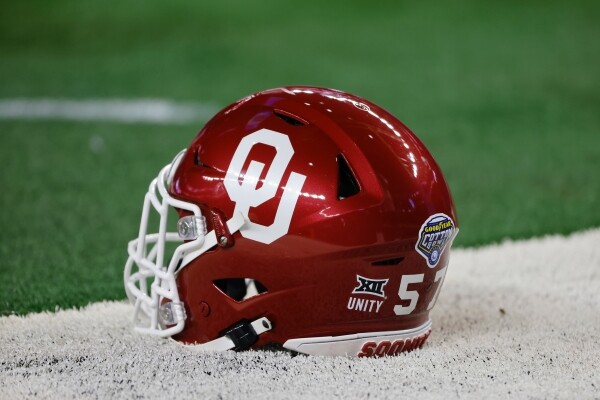 Texas and Oklahoma have been in serious talks with the SEC for "6 months at a minimum" about bolting from the Big 12 to the SEC.

I do tend to believe that the Aggies did leak it when they finally got wind of it, in an attempt to force it into the sunlight and possibly derail it. But, it seems it may be too little, too late.

And that’s exactly why its plausible that at least some of the important points were kept from the Aggies…an expectation that they would have done exactly what they appear to be doing now. Specifically, my best guess is that the Aggies knew the SEC was interested in expansion in the next couple of years…and probably that Texas and OU were among those under consideration. What I think they were left OUT on was that it was on the fast track. And the SEC PTB wanted to get as far ahead of A&M’s efforts to stop it as they could.