On walk-on receiver Warren Thompson and his play

“Now there’s one who is going to get better as the season goes on,” Sam Pittman said Wednesday.

Asked Pittman about WR Warren Thompson, a physically impressive walk-on who is 4th among Arkansas receivers in snaps played through 2 games, according to PFF: 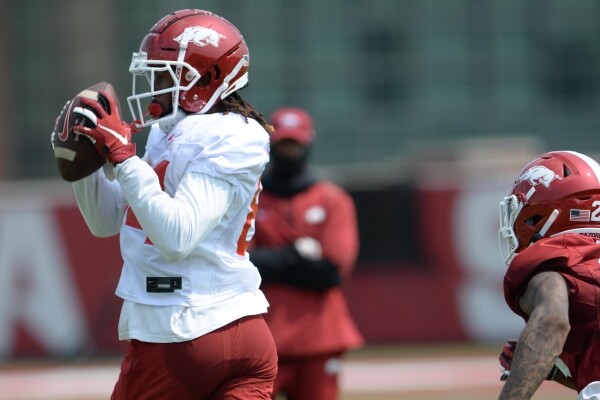 Walk-on Thompson getting 'better and better' at receiver

Through two games, it is clear who Arkansas’ top three receivers are when assessing snaps played figures.

Sorry if missed it in article but what year is he?

Yes, I was at the game and wondered who he was. I had to look him up in the program. Great addition to the program

Yes, like WSOP said, he’s a redshirt junior. Apologize for not including that in the story.

Thompson jumped out to me on the first day of the preseason. He looked really good and fluid in 1-on-1s with defensive backs. Later that day, Sam Pittman said the receiver was dealing with a hamstring. It sure didn’t look like it. He was impressive.