On Treylon Burks the baseball player

This is the first in a multi-part series detailing the other sport(s) Arkansas athletes could have played collegiately: 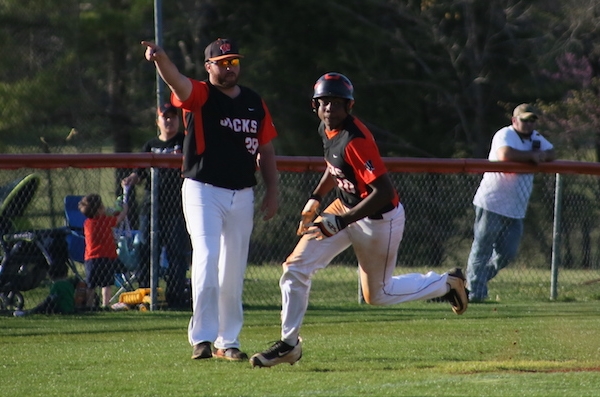 Moments after a walk-off 6-5 win over Warren High School at a tournament in Magnolia in March 2017, Chase Brewster crossed the diamond to meet up with Michael Milum.

Treylon is just a straight up baller! Holly cow, what sport can he not play?

It does make you wonder what might have happened if there were full scholarships in baseball.

It does make you wonder what might have happened if there were full scholarships in baseball.

Well, if, God forbid, the football season is cancelled, and a vaccine is available after the 1st of the year, he could be a walk-on starter on the baseball team for the 2021 season.

By the way, I am not hoping for that to happen, except for the vaccine.

I was not able to get it in the story, but former Warren coach Michael Milum said Treylon attempted to steal bases consistently. He was fast and had a good feel for the pitcher’s rhythm. He called him “a monster” running bases. The only time he remembers Treylon being thrown out attempting to steal was when a team pitched out on him.

just listened to this podcast, Scottie. Wow, is TB impressive. and a remarkable NON-self promoter.

I really think he’s got a chance to be our next DMac, as Ive thought since that remarkable state title game vs Arkadelphia.

It’s an indictment of our former coaches that he had no TD’s last year. Along with how few touches RB had.

cannot wait for this football season. should be fun for a lot of reasons, but watching TB and RB will be worth the price of admission by themselves.

Burks didn’t have a touchdown, but he did have some catches that set up scores. He had a 27-yard catch to the Colorado State 4 that set up a touchdown run, and he had a couple of big plays that set up Boyd’s second touchdown at Kentucky. And against Western Kentucky he had a 26-yard touchdown catch called off because of a penalty.

I think he also made a great catch against Mississippi State’s top cornerback Cam Dantzler inside the 5 that set up KJ Jefferson’s short TD run.

Every game last year, I kept going in telling my crew, “this is the game for TB. He’s gonna return a punt for TD” or some other random prediction. just couldn’t believe that he didn’t find the endzone.

I would have liked to have seen Boyd run over 20 times every game, and throw to trey/treylon as much as humanly possible. Hopefully this year the OL and overall improved team/coaching will allow us to watch a fun offense. Could be a decent SEC offense.

If the defense is ranked in the top 10 of the SEC, it would be a dramatic improvement. Man, we seem to REALLY have upgrades at OC and DC from the last few years.