On this date, April 1

Arkansas defeated North Carolina 75-68 at the Final Four in Seattle 25 years ago today. 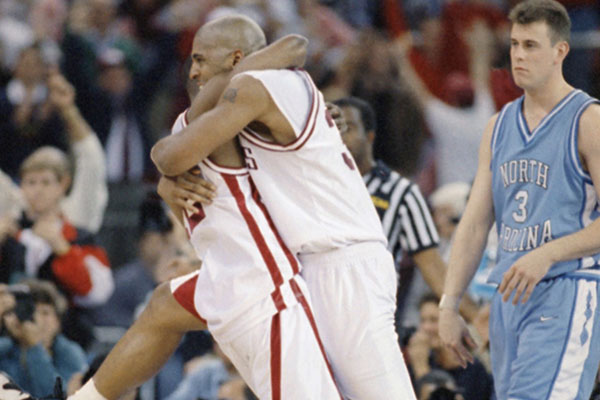 On this date in Razorback history, April 1

Before last weekend when I got to watch the whole game, I did not know Dwight Stewart hit a 55-footer on a wild play at the end of the first half. Heck of a moment.

I was there and Carolina had both Wallace and Stackhouse. Great win for Hogs.

Man, we could pass it in a hurry back then. So fun to watch them go.

Did Stackhouse get hurt early on? I thought I saw him limping but don’t remember it being brought up.

Stackhouse took a knee to the thigh from Corliss Williamson on the first possession of the game. It slowed him down.