On Ricky Stromberg's solid start to 2022

“To see his improvement over the last 2 seasons and 2 games has been dramatic,” Sam Pittman said Wednesday.

More from Pittman on senior center Ricky Stromberg’s development and first two games of the season: 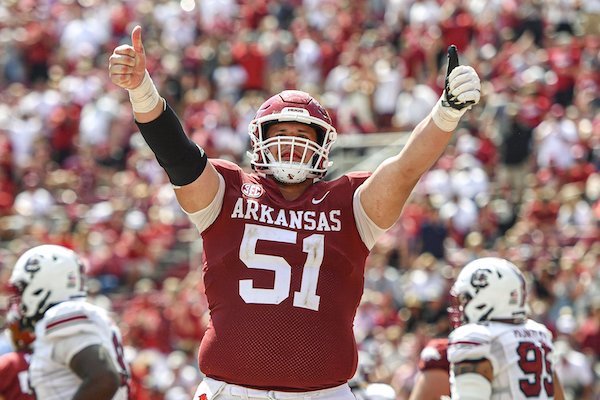 Stromberg is a great player, uses his quickness and leg drive to control pretty much everybody he faces. We are getting great movement of the offensive line so far. We will play better defensive lines in the next few weeks to be able to tell how good they really are but so far they are blocking better than I’ve ever seen them and Stromberg is a big part of that

Ricky’s recruitment was kind of a mystery. Dustin Fry had his eye on him but kept it low key and swept in and got him away from Tulsa. OU and UCLA wanted him to wait until the Feb. signing period but he inked with Arkansas in Dec.

His senior film showed a very athletic lineman with very good feet. I was like ‘Wow, how is this guy not more heavily recruited’. 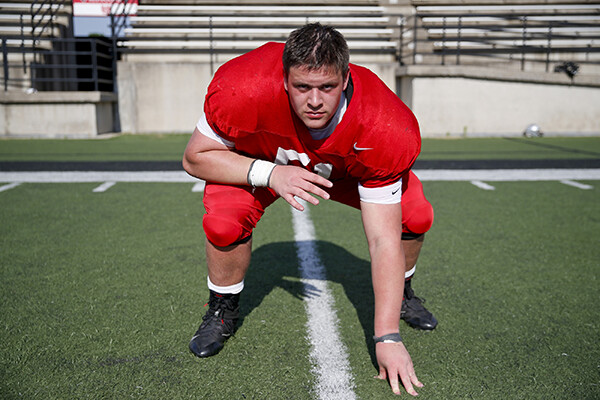 Offensive lineman Ricky Stromberg flipped his commitment from Tulsa to Arkansas after receiving a scholarship offer from the Razorbacks on Monday.