On Devo's play vs. Tennessee, and coming up big in big games 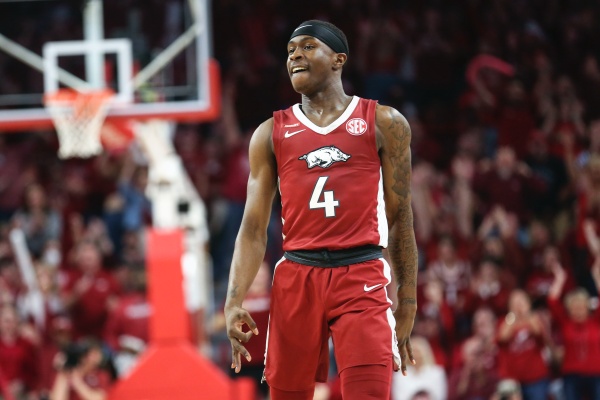 'It feels amazing': Davis comes up big again for Hogs

The ESPN broadcast crew of Dave Neal and Dane Bradshaw hit the nail on the head Saturday when Davonte Davis buried a critical second-half 3 against Tennessee.

Good read. We IMO have moved up to that upper level of ranked Arkansas BB teams.

Not sure of our final ranking, but not being a hot shooting team we are a tough out.

but not being a hot shooting team

We have all sorts of potential, with Robinson and Robinson - just hasn’t worked out yet. Point is, we could be better.

We need Devo playing like he did yesterday if we are to continue this SEC run and get another nice run in the NCAA Tourney. Play very good, consistent defensive and make timely open baskets.

He is playing within himself

He was trying too much Pete Maravich for a while, and going full tilt boogie at the same time. Perhaps, last year was too easy when he was covered a bit by Moody. But, he saved our bacon, yesterday. Hopefully a very good sign.