On Devo replicating some success from freshman year and then some

“His game is really simulating what he did last year and his success,” Eric Musselman said.

Went deeper on Devo Davis’ surge the last 5 games, what he’s done well, where he’s been best from 3 and more: 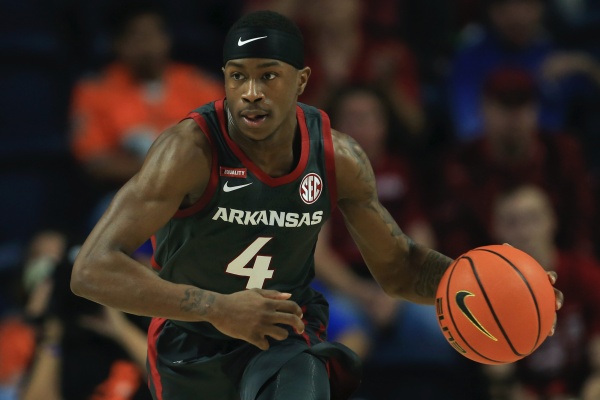 Davonte Davis on Tuesday looked every bit the All-SEC performer he was projected to be prior to the season.

We have so many contributors on this team. Devo, Lykes, Johnson, all of them coming off the bench and leaving their egos in check is really helping this team.

My thinking is that our team began the season with only 3 returnees and Devo tried to be “the man” on the team. This led to him pushing too hard on offense, trying too much on defense, and trying to be too fancy (when “careful” was probably in order). He received a lot of talk after last season, and I suspect he was focused on becoming a “two and done”.

What it looks like now is that he’s beginning to mature, finding his sweet spot on the team, and complimenting the rest of the team. Looks good to me.

Danny, I think he’s really just trying to let the game come to him. And, if you have help, that’s enough. I think you summarized it well.