On Chris Lykes' late 3, and the guard finding himself again

On the heat-of-the-moment 3 from Chris Lykes that became its own moment, and a key piece in Arkansas’ rotation finding himself at an ideal time: 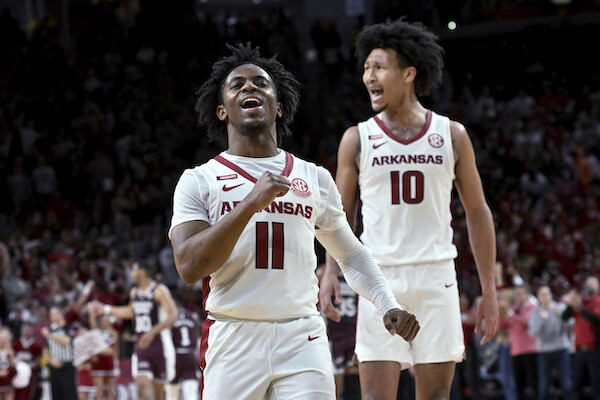 Eric Musselman was in the shadow of the Razorback logo on the Nolan Richardson Court emblem when Chris Lykes rose for a three-pointer with 29 seconds remaining.

Thrilled for these last few games because Lykes has regained his confidence and has been a major contributor. He punctuated this game with a dagger, and it was a great payback for the flagrant foul against him that was not called.
He is a factor now that the opponent has to account for.

The best part is that Lykes has figured out he is not the only player on the team and is not a one man dribbling show. He is sharing the ball like a true point guard.

He also figured out if he didn’t learn to play with his teammates he would collect splinters. In the postgame he talked about figuring out what it takes to earn playing time.

Agree he is doing MUCH better. But if you don’t run off clock in that situation, you’d better hit the shot or you’re back to square one. An uncontested dunk (not by him, obviously) would be fine. A three point attempt, bad idea, thankfully great result.

It’s good that he made it, because otherwise he might have been beaten to death by a little man who could only use one arm.

He took one very poor 3 a couple of trips down the floor prior to his dagger shot. It was not a shot we needed, off balance and very early in the clock. Tells you the good and bad about Chris on the last one. He came down, was open, and had the confidence to take and make the shot. If he makes it, the game is pretty much over. If he misses, the team has to hang on for the next min. Big gamble. I can’t say which is right. He made it, so that is right I guess, but he should not have taken the off balance shot early in the clock. 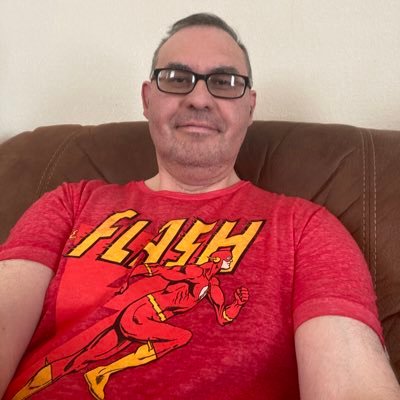 How much time was left in the game when he took that shot?

Lykes has been playing really well as of late—much more controlled.

It’s great that he made the shot, but someone should still sit him down to discuss why we don’t need that shot right there.

But, I’m happy to see his confidence growing.

I thought I saw Muss “lecture” him immediately after the shot; he wasn’t congratulating him. Anyone else see that?

It’s literally in the first line of the story.

I didn’t see Muss lecture him, but I did see JWill screaming at and grabbing him on the court. Ms St was bringing the ball down the court and Lykes was doing his glory round with the hand gestures and all, playing to the crowd.

Good to see JWill taking a leadership role on the court like that. Hate to spoil your party, but the game ain’t over yet, get your a$$ back in it.

Honey, don’t ever buy one of those lottery tickets again… waste of money. Baby, bought one more.

Lykes would have been stuffed into a fed ex box and shipped back to Miami if he had missed that shot.

28.2 on the game clock and 19 on shot clock with a guaranteed 2 FT’s with any elapsed time and Lykes needs to prove his free throw worthiness for end of game. WE need him back as an offensive threat when JD has one of his walkabouts. WE would really benefit getting offense out of Connor because he is not guardable when on and he also passes real well which is a necessity in the current offense. I hope he gets the chance to again demonstrate his value because he seems to keep a great teammate attitude. Devo, Lykes and JD all have a propensity for self congratulation and seeking adulation. All 3 can and occasionally do play well enough to deserve that but it is not like we haven’t had humble stars in the past (for me it was Sid) who just played hard kicked butts and took names and congratulated the opponent at the end of the game.

Hey I’m glad he made it, it was a game ender, but that’s twice in recent history that 2 different guys have disregarded the coach. JWill knew, it he almost had a heart attack when he shot it, as did every coach on the bench. Muss laughed off the first one, I don’t think he was laughing about this one.

But it was a big make.

A bit concerning though.

But hey, there is Matt Jones soooo. I’m good with it.

I was at the game and I can tell you that there was not one player on Ms. St. that Conner could guard. He would have been abused in pick and roll.

Razorblack is 100% correct! I love Connor but facts are facts. Muss knows!