On Bobby Portis' game-winner at Boston, and being a garbage man

Bobby Portis grabbed 7 offensive rebounds Wednesday at Boston, hit a game-winner for Milwaukee following his last one then thanked his mom postgame for something she told him as a kid. Here’s more: 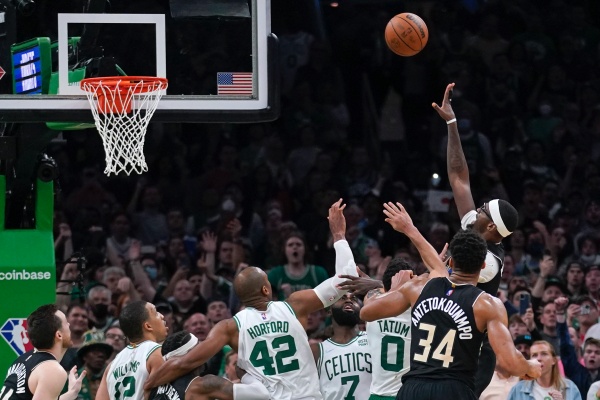 Thanks in large part to Bobby Portis, the Milwaukee Bucks are now one win shy of reaching the Eastern Conference Finals.

We are so proud of you. A True Razorback!!

There are several coaches and GM’’s probably owners, whoever else that are considered ‘experts’ that really bombed in their “expert role on Portis.
.
With them everyday, practice, games, they know them better than anyone. What a bunch a bunk.

I’m proud of him too, but unfortunately I’m a Celtic fan. They missed having Robert Williams in there to clean up the defensive glass.

Way to go , Bobby. I think the Celtics are the better team, but hope the Bucks win the series.

My dad was a HUGE Celtics fan in the mid 80s. We’d watch them all the time. I was probably about 8 years old. I’d always get confused when they played Milwaukee. He’d change his allegiance that night bc Sid played for the Bucks. I mean I understood bc he was a Razorback but that one player making you change fandom for a night kinda stumped me. I get it more now!

I understand that logJam. EASY to not know who to pull for!!!

Well he did hit one that was needed but otherwise a pretty off shooting night, only 4-14 from the field. 6-6 from the line tho.

Making the shot that counts the most can overshadow an otherwise poor shooting night. But Bobby is pure hustle and grit on the floor in every aspect. Fans and team mates love him.

Did not have a good shooting night, for sure. But he topped his output from the previous two games on Wednesday. That played a big role in Milwaukee being in the game and ultimately stealing one.