Arkansas’ defense has been lights out the last 2 weeks. On the Razorbacks’ recent run of impressive defensive outings: 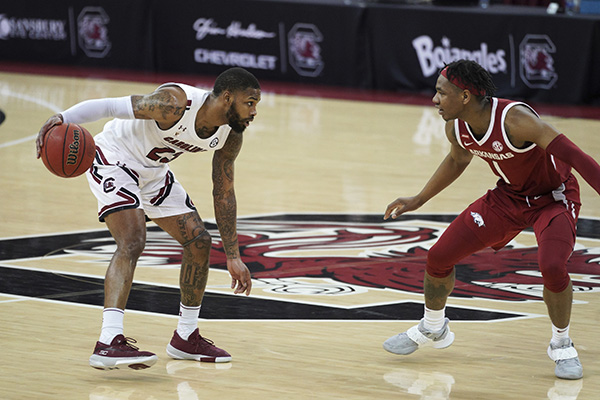 Hogs put on another defensive clinic at South Carolina

In the last couple of weeks it has become customary for Arkansas to put on a clinic on the defensive end.

This is pretty funny. From Muss in your article: “Our goal tonight was to hold them to 10 or less offensive rebounds, so we were minus-3 on our goal,”.

At half time, I posted in the game thread that I looked for something negative that Muss could get on the players about in the first half. I posted that the 10 offensive boards we gave up were the only negative thing I could find about that great first half.

After the game, when I saw just 13 total offensive boards for SC, I had figured he brought that up at half time. They did do a great job in the 2nd half, giving up just 3 O boards.