While KJ Jefferson and Malik Hornsby attempt to firmly take hold of the starting QB job, another position battle will be unfolding right beside them. 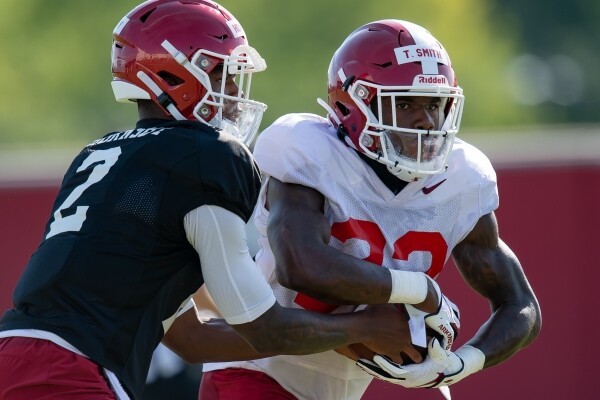 When Arkansas football opens spring drills on Tuesday, a majority of the attention will be paid to the quarterback position.

So, Coach Pittman wants to find a big back just as he says his biggest back (Johnson) needed to lose some weight. Meanwhile, K. Jackson asked to be moved from WR to TE. He is too short and too light for TE. Instead of having him put on possibly unnatural extra weight why not see if he can play big running back? Shouldn’t take more than 2 or three practices to see if that is possible…nothing ventured, nothing gained. I concede to not knowing 1/50th of any of our fine coaches, but still, sometimes they have blinders on. I understand Jackson is still battling injuries and his testing at RB may be limited, but that applies to TE as well.

So he asks to play tight end and you instead suggest he’s a running back? That would be a great idea if the player wanted to do it. It’s been my experience that putting someone at a position against their wishes is a sure way to end their football days.

In watching his movements, he seems like a better fit as a tight end.

I think the running back position is the toughest thing to do in college football, or at least the SEC. I think the SEC running back is the elite athlete of the world. Koilan doesn’t look like that. He may not be an elite tight end, but he might slide by. He looks more like a tight end in movement than a running back. He’s got two bad knees. Being tackled on every play is probably NOT what he’s signing up to do.

By the way, I don’t think anyone on the staff thought of him as a running back as this move was discussed.

Having said that, I do not mind discussing it here. Interesting thought.

OK, I concede…bad idea for Jackson to move to TB. But as long as you are in the mood to answer marginal questions, what is it about Soli that keeps him from being a possible fit at LB. I just don’t see him ever being productive at DE. I know he started many games with one hand in a huge cast/wrap, but I Just think his size is better suited to LB…maybe his skills aren’t, but seems like too good of an athlete to not produce somewhere.