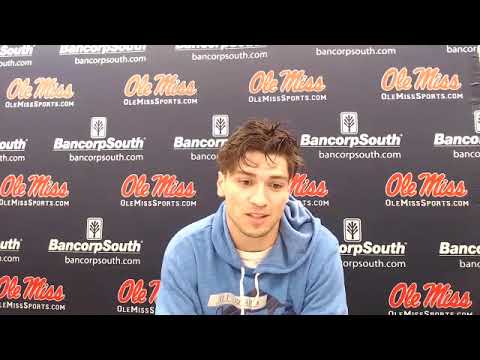 By the way, at least the kid seems to own his performance and I give him kudos for not whining or making excuses.

Still, if that is what some or all of the team came into town thinking, that reflects more on the coaching staff than it does the players.

Ole Miss thought it would be a cake walk and showed thinking about winning instead of being ready for a dog fight!

I was impressed with Matt Corral, not his interceptions, but how he threw the football. The guy has some serious arm talent. He has a big arm and throws a perfect spiral every time.

Arkansas practices against the Lebby/Briles Offense every single week. (So does Ole Miss) Neither team was going to surprise the other.

Props to him for owning his mistakes. Didn’t try to blame someone else or throw somebody under the bus.

his background is top notch and his skills are obvious. After taking on Bama it is no wonder they would have read their accolades and believed them. I’m sure Lane did the same. Probably permeated the whole team and fan base.

After taking on Bama it is no wonder they would have read their accolades and believed them. I’m sure Lane did the same. Probably permeated the whole team and fan base.

And yet, I still can’t believe he actually said it … like out loud!

I still can’t believe he actually said it

One of the thing that rubs people the wrong way about Joey Freshwater is he makes a point of the cocky persona. So I’m not surprised that his QB reflected that.

Is anyone else surprised that Piumlee didn’t play a single down?

Only down far on that is the D knws what’s coming to. Like when we put our 2 back up QB’S in.

Except that this guy is not a green horn and is a genuine dual threat in that situation.

Plumlee is a heckuva player. He throws fairly well and is a great, fast…really fast quarterback. I wish he would transfer here.

Jhawg the last time a QB threw 6 picks in a game at DWRRS, said QB then transferred to the school he threw the picks against. If history repeats itself, it will be Corral, not Plumlee who transfers to Arkansas.