It’d be nice if Arkansas could follow suit, especially once the FDA gives final approval to the vaccines. Coaches should make a hard press to get this done and not be afraid to publicize it. 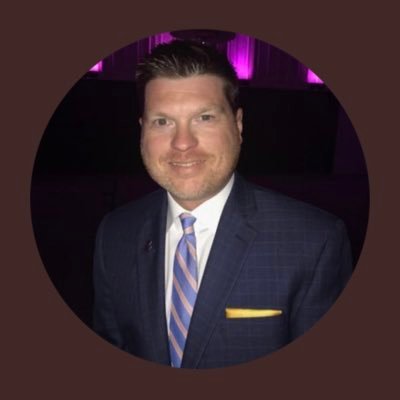 Peer pressure and plain talk from coaches will likely push the number up a bit. There may be a couple of guys on a given team who have a legit medical reason for not getting vaccinated, but the anti-vax or skeptical vax crowd is probably going to be getting squeezed pretty hard in the next few weeks to get jabbed.

I suspect that the Hog coaching staff, starting with the head man, have been very upfront about the choice to not get vaccinated and the consequences of that choice if the player does get infected.

Other than vaccine allergy, I can’t imagine what medical reasons would keep a healthy athlete from getting jabbed. And the only way you would know you’re allergic to the COVID vaccine is if you got the first shot, which is better than nothing,

I know the NFL is getting serious about it. The Vikings fired a coach who wouldn’t get vaccinated because, under NFL guidelines, he couldn’t do his job. And they’ve made it clear that forfeits are a possibility and if a team has to forfeit, they’ll also have to pay a big fine. Greg Sankey has also indicated that forfeits are on the table in the SEC if you can’t play.

Words I never utter, but will now, “good for Ole Miss”

Great job by Kiffin given where the school is and what is going on around him. Looks like he overcame misinformation campaigns.

I just don’t understand why anybody would not get a shot that might save them from getting a brutal illness or dying. It is bizarre.

When I was a child, we were required to get a smallpox vaccination to go to school, so why is this not the same deal? It should be required, in my view to attend the University of Arkansas unless there is a valid medical reason for not getting the shot.

I just don’t understand why anybody would not get a shot that might save them from getting a brutal illness or dying.

Some people just do not like being told what to do, By anyone. And that attitude is being strongly encouraged in some quarters, and I’ll leave it at that.

Asa is now saying he wishes he hadn’t signed the ban on mask mandates in Arkansas. Of course the Ledge would have overridden the veto so it wouldn’t have mattered.

Ole miss can still get covid even though they are at 100 percent. I know several people who had the vaccine and got the delta variant. I am an example. People who have had the virus have a better immunity than someone who had the shot. If you had the virus you have to wait at least 90 days before you can take a shot if you think you need it.

Are you saying you wish you had not taken the shot?

Getting the vaccine is incredibly effective at stopping someone from becoming terribly sick or dying. It is not as effective at stopping them from testing positive for the test, particularly from the delta strain. As for people who’ve had the virus, I’m sure there is some temporary immunity, but from what I understand, that immunity is not as reliable as vaccine-induced immunity. Regardless, someone who has had neither badly needs to get the shot. We’re now seeing children being hospitalized & even dying at much greater rates than we saw before the delta variant emerged.

I’m no Kiffin fan, but he’s done a good job for his program and players by getting to 100% vaccinated. I hope ours reaches that asap.

People who have had the virus have a better immunity than someone who had the shot.

That is the opposite of what the CDC is saying.

That is the opposite of what the CDC is saying.

Who needs medical experts when you have the internet and your fellow conspiracty theorists telling you what you want to hear?

The CDC is not exactly an organization I would tout for some sort of exemplary track record. A cut above the USPS and a few other agencies that need serious streamlining- house cleaning if that makes it clearer. I hope no one in my family ever have to battle this virus and the vast majority have had their vaccinations. I think it is foolish to risk the danger of this virus when weighed against the tiny risk the vaccination entails. Too many have died to take that risk in my book but for a few that have a valid medical danger then perhaps they can avail themselves of some of the other therapeutics on the market. I hope the entire SEC gets above the 90% level for the entire student population that have not actually had the virus. The college experience is not to be missed. I hope the masses of people that have rejected getting the shots realize the danger they are exposing everyone else to as well as themselves. Team sports should require it for all who can take it.

Words I never utter, but will now, “good for Ole Miss”

Too bad Kiffy can’t vaccinate them from being Black Bears…or Land Sharks…or whatever it is they are calling themselves these days…at the end of the day, the are still from Mississippi.

Not trying to start an argument and we are getting away from sports, but remember, these vaccines are not approved by the FDA yet. That smallpox vaccine probably was. Until they get full approval it is difficult to require employees, students, or others to get it.

I hadn’t thought of that. Probably makes it a legal issue in that case. Somehow we must avoid shutdowns.

I don’t care if schools want unvaccinated kids to wear masks, though I think it’s silly this late in the pandemic to view masks as anything more than a delaying tactic while we hope that something more permanent solves the problem. I’m good with schools making kids who are eligible get vaccinated, and I’m also good with employers making employees working around others get vaccinated. If you don’t like it, go someplace else.

But I do think the danger to kids has been overplayed.

A lot more young people are testing positive for the virus, and with increased infections you are going to get more people hospitalized. There does not seem to be any real question the delta variant is a lot more contagious than what we saw last year.

Fortunately, the number of young folks getting hospitalized is still a very small percentage of the confirmed infections. The state dash board today gives these cumulative numbers:

We’ve had 405,000 confirmed cases in Arkansas, so people under 25 account for a little over 27.9% of the cases. We’ve had about 19,500 people hospitalized, and only 1181 of those were under 25- about 6%. While stats are hard to come by, it also appears most young people who wind up in the hospital(like most of their older counterparts) had one or more significant health issues before they got sick.

The real numbers of young people getting hospitalized have gone up, and because the numbers were low to begin with the percentage increases on hospitalizations look alarming. But the numbers don’t suggest that delta is like the Spanish Flu pandemic circa 1918, where the young and the healthy were made seriously ill and often died in very large numbers.

It’s much more a matter of just a lot more people getting infected. No body likes seeing kids getting acutely ill, and the more kids the doctors and nurses see the more compelling the story becomes. But stories from pediatric wards about seeing more kids in beds does not mean the virus is now worse for young people, there’s just more of it.

Interestingly, the number of daily vaccinations has been consistently much higher than the number of new cases, suggesting that teen agers are getting pre-school year jabs and that some of the lazy/stupid/crazy are finally coming around.

Once the FDA fully approves some of the vaccines, I look for more employers to take a hard line on vaccinations, which will help. And at some point delta in particular and Covid in general will wind down from some combination of artificial and natural factors-like every other pandemic in human history. In the meantime, nature will keep taking its course on unvaccinated adults. Unfortunately that means the strain will stay on hospitals for several more weeks, at least, and probably get worse before it gets better.

Good info. I would add ignorant and scared to your list. I know of four family members(over100 of them and most I can name) that have not been vaccinated because they are still planning to have children and they are not comfortable with possible issues that are as yet unknown. Two of them are nurses and one also has her master’s degree in biology. Not exactly dumb.

Smallpox vaccine was being given – and mandated-- in the US long before there was such a thing as FDA approval. The 1905 SCOTUS case that established the right of Massachusetts to require vaccination involved smallpox vaccine. The FDA didn’t even exist yet in 1905.