Oklahoma gained valuable experience against Arkansas in the fall (story) 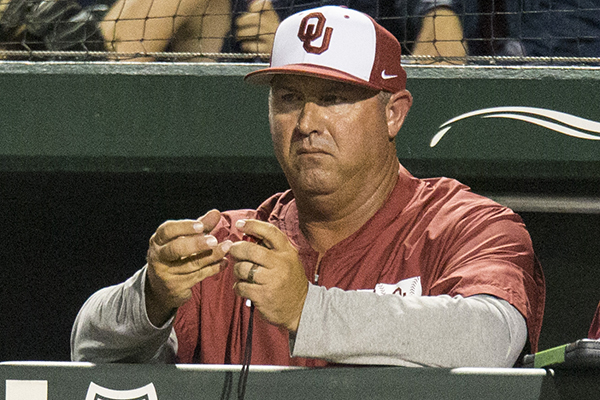 Before taking a look ahead at his team’s match with No. 5 Arkansas at 3 p.m. Friday during the Shriners Hospitals for Children College Classic, Oklahoma coach Skip Johnson wanted to look back at a fall exhibition against the Razorbacks.

I think we have a good chance against Cavelli,I believe we hit the fastball better than the off-speed stuff… I see he’s giving up close to a hit per inning so it’s not like hes been super dominant.I think our offense is probably a good bit better than Virginia’s and Illinois state. I see last year where he walked 35 in 60 in in which is about the same as wicklander, so there is a possibility that he may not have good command especially if we start to get some good swings off of him.

And we’re going to see Oklahoma again on March 17 in Norman.

The March 17 game was moved to Oklahoma City. They will play at Bricktown Ballpark, the Triple-A home of the Dodgers.

You’re right. I forgot about that. Still we’re playing them again this year.

Oklahoma’s football stadium is top notch, but its basketball and baseball facilities have really fallen behind. The Sooners are starting to utilize the facilities in OKC for big games. They moved home basketball games this year against Mississippi State and Texas Tech to Chesapeake Energy Arena. They played Wichita State there and USC in Tulsa at BOK Center last season.

its … baseball facilities have really fallen behind.

When we were there in 2009, the field and its amenities weren’t too bad. The seating capacity is listed at 3,180 and they couldn’t drag fans to watch. The radio broadcast kept pleading for people to come to the game. (And the ones who were there kept throwing batteries at Wright.)