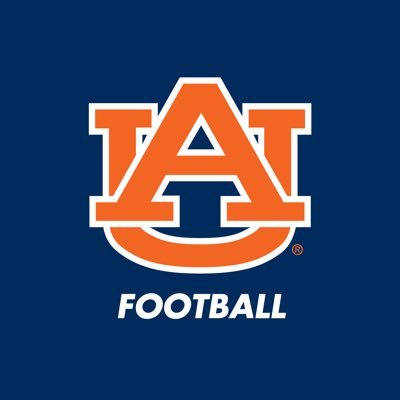 So what about assistants?

Harsin had been campaigning to get BSU out of the Mountain West Conference, believing that they were too big a fish for that pond. Now he goes from coaching the bully in the conference to the SEC West. I don’t recall if he has any real connection to the conference, so he may be in for a shock.

Be interesting to see if Steele stays.

So what about assistants?

Didn’t we read earlier in somone’s post that part of the hang-up is they wanted the new coach to keep many of the assists because several had guaranteed contracts and they didn’t need to be paying that money out as well as what Gus is getting? Plus I think there is still great love in Auburn for the DC.

I know its probably wishful thinking, but I can always hope that they will keep Chad Morris because I want their offense to be “hampered down” and its monetary relief for Arkansas.

Yea that’s been mentioned. Why I asked if that’s still the case. Also hearing that a couple of those assistants Aub wants to keep are the pipeline that feeds any/all info to the powers to be.
Hearsay, but makes sense.

Hard to picture Harsin as an upgrade over Gus, like him or not. Heard Bill Clark, Napier, and Sarkasian all said no. I thought Freeze would be the guy, but I keep hearing he wants Tennessee. I’m surprised at this pick.

The reason why Coach Morris keeps failing is because no one gives him enough time to fully install his offense. I think in two years, he was only able to install 8% of the offense. At Auburn, it couldn’t have been more than 3-6%.

If someone would just give the man a Jimbo Fisher 10-year-contract, you’re obviously going to start seeing dividends by year 11, when at least 79% of the offense is fully installed. Then, you just need another 10-year contract, and you’ll probably start seeing those 6-8 win years.

You just have to be patient.

You assume that he adds 10 percent a year. Some years it could be more or less. Only a math major knows for sure.

Lots of noise from the Auburn camp, over the past year or two, that many were discontent with Gus… but, wow, they really wanted him gone at all cost.

Maybe time proves differently, but I can’t see that they upgraded here.

Coach O in Baton Rouge, Jimbo “Underachieving” Fisher in College Station, Mike “Coach Odom owns you” Leach in Starkville, and now this… perhaps the stars are lining up for the Hogs to get closer to Alabama in the West standings.

Tennessee is indeed Freeze’s dream job… would crawl there from any massage parlor in these United States.

I don’t think this is good for us. I watch Boise quite a bit and am almost always impressed with the way they play. IMO this is an upgrade for them, maybe by a lot. If he can win some recruiting battles watch out.

Tito looked pretty good at Wisconsin but he had a rude awakening when he got to the SEC. Harsin will too. It’s not only the athleticism, speed, and size but also the grind through the season that really tests your depth.

Harsin will take over a much more talented and deeper team than Brett did here.

Can’t say that Jimbo underachieved this year. They really should be in the playoffs.

I’m really, really hoping that the gaggies are this good to one of those “stars all aligning” years. such a veteran OL and QB all coming together.

If they stay this good, i’m going to have to live on Zofran, lol

Is there a point where the childish Bielema references cease? I know a lot of people have bad feelings about his tenure here and what he did, allegedly did, and did not do, but at a point it seems time to move on. Guess we are not at that point for some.

He’ll always be Tito to me. Respect is given where respect is earned.

He’ll always be Tito to me.

Funny how with all these alleged Dickson Street benders and everyone walking around these days with a cellphone camera in their pocket, no video of a smashed Bielema ever surfaced. He failed on the field and he got fired. Fine. No need to add character assassination or fake news,

I have to agree with Swine Fusion on that. Nothing has ever been confirmed on that subject, only message board rumors from anonymous message board posters.

Hey Swine, did I say you had to call him Tito? Nope. So to each his or her own. And there has been at least one report confirmed he drank at a recruiting dinner with Solomon Thomas and his family . There have also been reports of not being sober at practices. So just because there isn’t a video from Dickson Street doesn’t mean a thing.