Off question, referee name. . . . from the past

I was asked this question today by a friend who is trying to remember. Years ago, Nolan was coaching and we were not quick enough out off from the sidelines and the referee put the ball on the floor and started counting the 5 second count. Anyone remember who that referee was?

SEC tournament game vs. Georgia. Don’t remember the year. But Nolan and Patillo never got along. Not sure what started it. 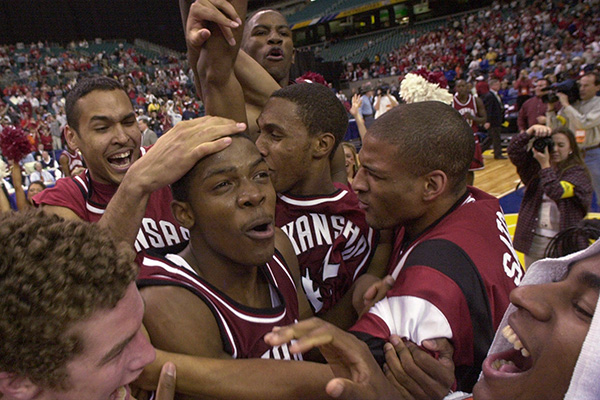 When Arkansas plays South Carolina tonight in St. Louis, it will mark the Razorbacks' 50th game played at the SEC Tournament.

In 1997, Georgia’s Larry Brown scored with less than a second remaining to beat the Razorbacks 65-63 at The Pyramid in Memphis, Tenn. The Bulldogs gained possession when Arkansas had to rush an inbounds pass after official Andre Patillo began his five-second count while the Razorbacks were still huddling from a timeout.

Pat Bradley is quoted about that game in the story linked above. He got fired up when I asked him about it, like it had happened the season before, not 20 years earlier.