Observations from Week 1 of fall ball 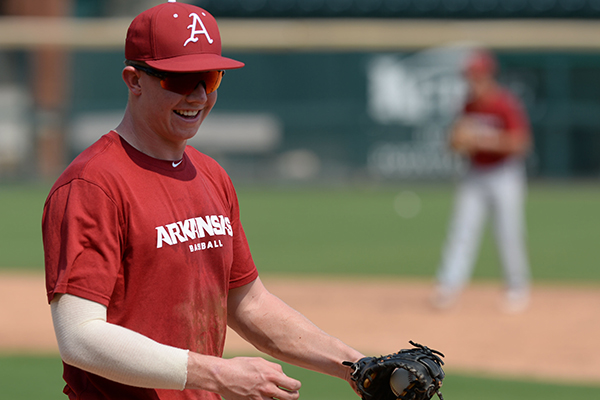 Arkansas junior Heston Kjerstad has found himself at a new position again.

Awesome article Matt. A lot of information there to digest. I have been watching for something like this and was not disappointed.

Is Jacob Nesbit going to play ss behind Martin because the two guys listed there are that much better hitters? Nesbit’s D was awfully good at 3rd for a freshman. If one of those two are is equal on D but better on O this could be a really scary team.

Where a player is practicing in the fall isn’t necessarily an indication of where they will play the following year. I will say that third base is much deeper this year. Cole Austin has hit well in the past and I think Jesse Pierce will be a really good college player eventually.

The hard reality is that Arkansas is going to have some good players whose playing time isn’t going to be what it has been or what some think it should be. That’s what happens when depth is developed. This is as deep of a position group as the Razorbacks have had in a long time.