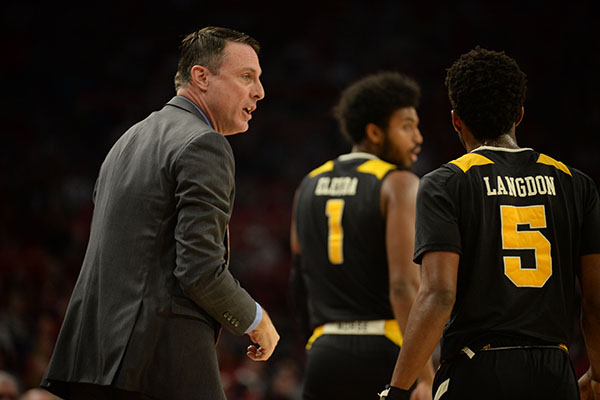 Before Darrin Horn took the court at Bud Walton Arena on Saturday afternoon, he felt like his Northern Kentucky team had a chance to steal a game from Arkansas.

“The Norse were in the NCAA Tournament last season and Horn felt like his squad, playing without 6-6 star point guard Jalen Tate (broken hand), had a shot against Eric Musseman’s unbeaten Razorbacks’…:”

I’m not sure how we won; they looked like the better team…I just didn’t realize they were without a star, too.

The NKU Norse has made a big commitment to its Basketball program over the past decade.
They built BB&T Arena in 2007 which opened for the 2008 season, it’s a very nice 10,000 seat facility that’s very nice. They have made the NCAA Tournament the past couple of years and will eventually get that elusive win at some point.
They have the opportunity to be one of those mid-major basketball programs that can be like VCU, Wichita St. and Creighton in a few years.
Very glad we were able to escape from being upset at home by them yesterday.

They had every chance to win! I’m glad they missed the wide open 3 from the corner late!