Leroy Pond Drive will be renamed as Nolan Richardson Drive. This is the street that runs along the south side of Bud Walton Arena. 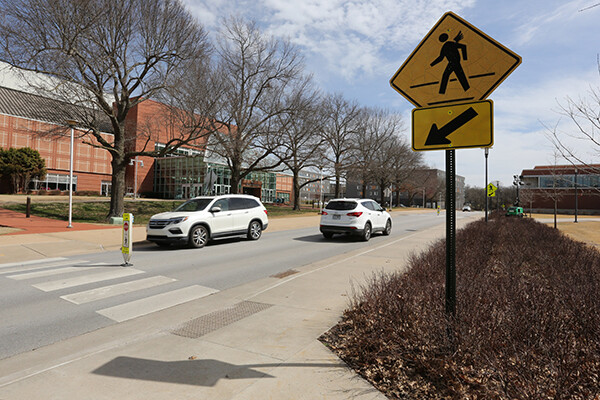 Wonderful. Nolan is an Arkansas treasure. In more ways than winning a NC.

this is bitter sweet for me.

I LOOOVE Nolan, wish we had a statue of him outside his arena. definitely cowboy boots and polka dots, but should he be talking with CMA or lee mayberry in his manly statue pose?

But, I have always giggled when I drive past Leroy Pond Drive. that is so old-school fayetteville, such a reminder of what a small and rural town it used to be. And who is Leroy? Where did his pond go? so many questions. I think I need SeattleHog to investigate this for me.

If you read the story you would know that Lt. Col. Leroy Pond was a war hero.

Nice! Love it! But now, change the name of Stadium drive to the architect of it all. J. Frank Broyles Drive.

So, what do we do when we run out of roads to rename? If we can keep Muss, he may likely win a national championship for Arkansas. Same is true of current & former track coaches & Coach Van Horn & perhaps Neighbors. Broyles did many great things for Arkansas as did Sutton. Seems that many of our men’s & women’s sports programs are performing well & competitive on the national level.

The UA does not seem to have any interest in naming roads after coaches, and some of the roads — I’m not sure how many — that are around the athletic facilities are managed by the university. Stadium Drive is one of those managed by the UA. So is Meadow Street.

The original Nolan Richardson Drive resolution would have renamed Meadow Street for Leroy Pond, but the university was not on board with that. Kit Williams, the city attorney, and D’Andre Jones, the councilman who sponsored the proposal, worked together last week to rewrite the proposal and rename the street that runs to the National Cemetery for Pond. In that scenario, the city had the ability to change the street names because both streets were city right of way.

Some number of years ago there was a proposal to rename Meadow Street for John McDonnell because it ran next to the outdoor track. Mark Kinion, a Fayetteville councilman, said last week that he was part of that proposal and the university wanted nothing to do with it.

I have no problem with the university objecting to changing the names of the streets they control. However, they better get use to changes, because it appears other “names” within the University’s structure could soon be changing.

I hope you are wrong.

Alabama & other schools have similar issues with renaming roads. They apparently have larger campuses & therefore many more roads to rename. We have several great coaches in recent history including Broyles, Sutton, Nolan, McDonnell, Harter, Van Horn, Bucknam, & perhaps others. Hate to see us paint ourselves in a corner with street names & overlook recognizing great coaches, both past & future. Was always a proponent of statues in front of the respective buildings, same as we did with Broyles & McDonnell. There may soon be an opening on campus if the Fulbright statue behind Old Main is removed.

The statue outside Old Main is of Fulbright, not Faubus.

We have several great coaches in recent history including Broyles, Sutton, Nolan, McDonnell, Harter, Van Horn, Bucknam, & perhaps others. Hate to see us paint ourselves in a corner with street names & overlook recognizing great coaches, both past & future.

I haven’t been told this directly, but in talking to some people at the UA, I think this is the concern with renaming roads. The UA has never recommended naming a road after a coach. It sees its ability to recognize coaches through the renaming of playing venues and playing surfaces, for which there are many more than UA-operated roads.

And for those wondering, there is a street sign for “DeBriyn Drive” outside Baum-Walker Stadium, but that is not actually classified as a street. It is a driveway.

The statue outside Old Main is of Fulbright, not Faubus.

Thanks. Corrected that. Being from TX, not as proficient on AR history as I should be.

I would rather they just name stadiums, fields and buildings after our great coaches. That’s where they won their games, not on roads. Makes little sense to me.

It’s not all that uncommon. Lambeau Field in Green Bay is on Lombardi Avenue. Neyland Stadium is on Phillip Fulmer Way (I gagged a little typing that), which intersects with Peyton Manning Pass. This one is okay with me. Nolan was directly responsible for BWA (yes, he built on what Eddie started), and Lt. Col. Pond is being honored somewhere else with a more important street than those 200 yards going by the arena. The BWA court is named for Nolan; the practice court is named for Eddie.

Kind of unrelated but listening to Nolan on Paul Finebaum last week he mentioned that his wife was having some health problems. Does anyone know whats going on?

Speaking of name changes we could pull a Michigan State. Arkansas Razorbacks Presented by Tyson Foods.