No tv for ladies game this morning?

Flohoops but costs 12.50 a month. Anywhere else?

That would be it. Or listen to Phil on the app

It wouldn’t let me download the app. Said it was not available in this country. Lol

Fouls are starting to pile up on our starters.

We’re getting whipped on the boards but that’s nothing new. Outboarded 21-15; they have 7 offensive boards but amazingly they have no second chance points.

Hogs took control after halftime, outscoring WFU 37-18 in the third quarter. Amber Ramirez has 22 points and hasn’t missed from the field yet (9-9).

Hogs turned up the D and bombed away from three. Ramirez is on fire.

Also shot much better from the line.

Here is a link to stream the game…

With 8 minutes left we have five women in double figures. And Ramirez finally missed. Slocum has 16

Thanks! Got to watch the 4th Quarter!

Whatever Neighbors did/told them at halftime worked… Arkansas 98, Wake Forest 82 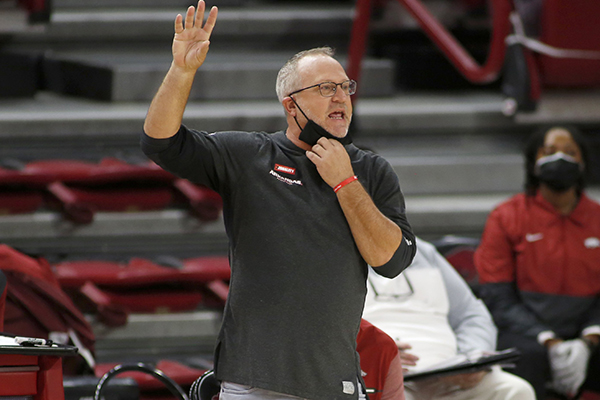 Amber Ramirez scored 22 points to lead No. 14 Arkansas to a victory over Wake Forest on Friday in the Gulf Coast Showcase in Fort Myers, Fla.

He said in the postgame he substituted too much in the second quarter, thinking of playing three games in three days. Just let 'em rip after halftime.