Also relieved it was Oregon & not ut. Assume that Muss will keep that portal door open in case Ware realizes that Arkansas may have been the better opportunity.

In the meantime, Nike pocketbook will get a little smaller with that NIL payout. Have not been a fan of Nike inferior shoe products especially after discovering Asics.

Isn’t that the goal for all top players?

Like the kid himself said, he dreamed of going out of state and will achieve his dream

Absolutely that is what all top players want, I was trying to say I don’t see him entering the portal and coming back to Arkansas,

The one and done thing isn’t a for sure thing. Could he? Yes, but he still has to get that motor going at all times. Wish him the best because the tools are definitely there.

Yes, but he still has to get that motor going at all times

Couldn’t agree more. I do believe based on his recent play, he has received that message. But can he keep it up? He is kind of laid back off the court. We will see.

Having gone to football and basketball games after prospects with Arkansas offers have committed to out-of-state programs, it’s usually the students of the opposing team that male the most noise.

Including Calling the Hogs.

Calling the Hogs is wonderful. No booing please.

Well he got paid and left the state. Food for him I hope he likes rain and snow!

More snow and rain in Fayetteville. 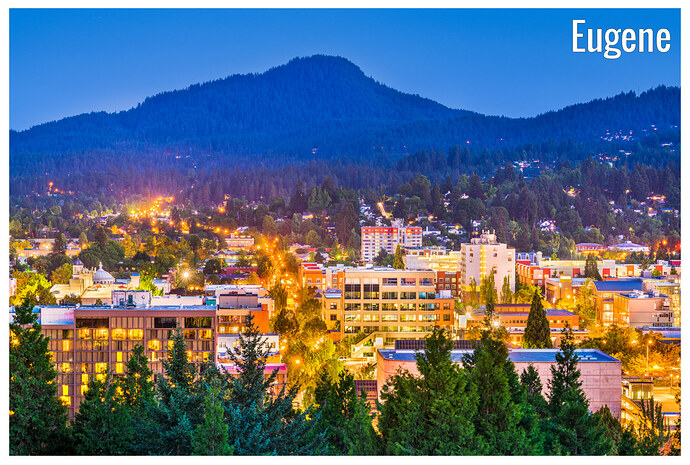 Monthly weather forecast and climate for Eugene. The month with the least rainfall is July when the rain falls for 2.6 days and typically collects 0.1" (3mm) of precipitation. With an average high-temperature of 81.3°F (27.4°C) and an average...

Monthly weather forecast and climate for Eugene. The month with the least rainfall is July when the rain falls for 2.6 days and typically collects 0.1" (3mm) of precipitation. With an average high-temperature of 81.3°F (27.4°C) and an average...

Great info RD! I bet that’s what tipped the scale for Ware. The weather report. Pitiful!

I have three pair of Asics.

He wants to experience life outside of the state of Arkansas.

I can respect that.

Eugene is way too close to Portland. Can’t imagine living anywhere near that city.

This. Strange and unimaginable confluence of gravity. The g fell through a rip in the space/time thingy and dep took its place. Twilight Zone stuff. Sad unbelievable stories about the inhabitants. Its actually unreportable. They sure like vivid colored uniforms. The Ducks and Beavers are both often seen on the top twenty party schools.

Beautiful country there in Oregon. No wonder Bill Walton is so fond of it. I found Portland and Seattle as two of most nice big cities in the country. But you may be talking about something other than living conditions.

I wish the young man much success and when/if he decides that Oregon is not for him, I would hope that he would be welcomed back by the UofA. Also, I wonder how much Altman might have trashed the UofA given his one-day of employment here. Re: Nike, I dumped them a long time ago when they cast their support behind Kapernick.

Negative recruiting can turn some kids and parents off. I doubt he brought his short stint up.