SDS listed their top 10 SEC players through the first 5 games of the season. Catalon was #7. Well deserved, the way he’s been playing. Najee Harris was #1. It would be hard to argue against him. 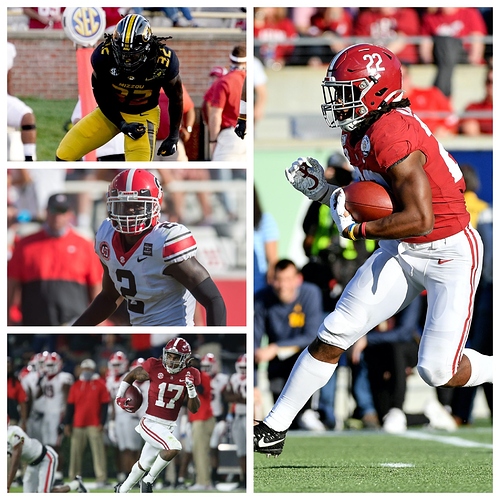 Defensive players are rising in this week's ranking, but can anybody catch Najee Harris?

I think he’s been spectacular thus far. #7 sounds a tad bit low, but I really can’t argue with the 6 above him.

Gosh, I just noticed, #7 makes him the #1 defensive player in the SEC through these first 5 weeks. I cannot imagine how long it’s been since a Hog defensive player has been number 1 on any SEC list. When you think of all the SEC defensive players starting in the NFL now, this is a real “WOW” for Jalen.