Keyontae Johnson who was predicted be SEC player of the year until he collapsed in game 2020, got a ceremonial appearance after being out forever and again just like Khalil Garland. 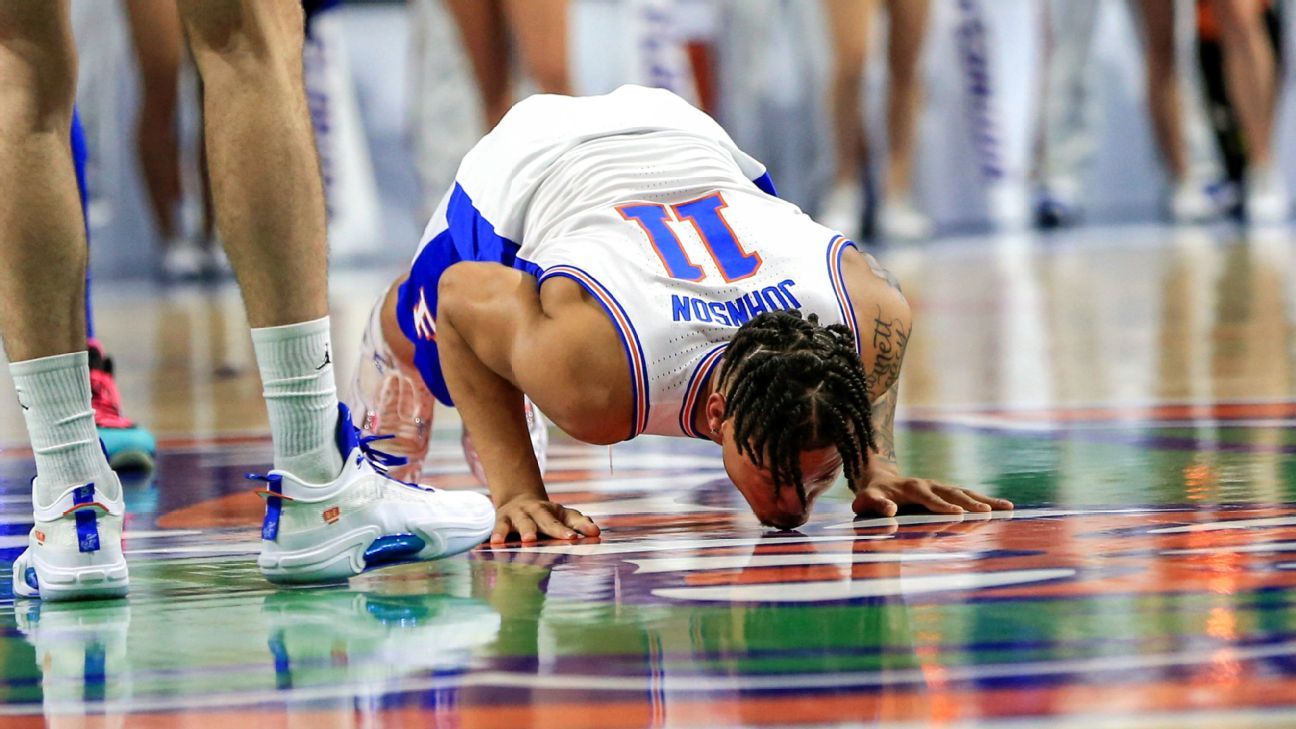 Gators' Johnson, out since '20 collapse, gets start

Florida senior forward Keyontae Johnson, who hasn't practiced or played since he collapsed and landed face-first on the court in December 2020, got the ceremonial start against No. 7 Kentucky, kissing the midcourt logo.

That was really cool. Wish they would have won!

All the best to Mr. Johnson. What a tough break but also what a great recovery from a life threatening situation. And kudo’s to Calipari for offering to allow him the first bucket and cheering him on.

I’m not a fan of White, Calipari or either teams but they all deserve our respect for what they did for Johnson.

Yea that was a special honor for Johnson. Good on White and Florida and even Cal.
I wonder why after all this time it’s still not revealed what Johnson’s medical issue actually was/is.

and do you know the official Khalil Garland diagnosis? easy to medically speculate that it is hypertrophic cardiomyopathy which is Hank Gaithers sudden death cause revealed by autopsy. No one pushes that edge anymore no matter how asymptomatic or even dismissal as just having an athlete’s enlarged heart.

HIPPA prohibits the doctors or school from revealing anything about athletes medical status without the consent of the athlete/patient.